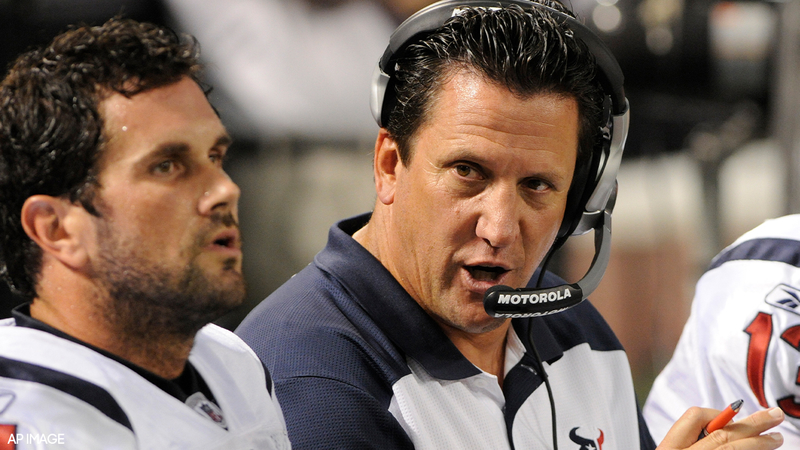 HOUSTON, Texas (KTRK) -- People all across the NFL, including former Houston Texans, are still stunned by the sudden death of Greg Knapp.

The former quarterback coach was riding a bike in northern California when a car hit him almost a week ago.

On Thursday, his family announced his death. Now, people are remembering a man they called a coach, mentor, and a friend.

At 58 years old, Knapp is being remembered for the three decades he dedicated to coaching football.

He spent two seasons with the Texans and helped lead the team to win the AFC South championship in 2011.

"The impact you made was felt across the NFL by so many people. You were more than Coach, you were a friend, a confidant, a mentor. To say I was blessed to have you as my coach for 8 of my 17 years is an understatement. From drafting me in 2004 to ending my career with you in 2021, I am forever indebted to you for our time together. Your teachings, drill work, sarcasm, and enthusiasm will live on through all of us who had the honor to spend time with you. Our thoughts and prayers are with you and your family now and always. Love ya Knapper. RIP. Gone but never forgotten."
Former Texans quarterback TJ Yates also sent ABC13 a statement, referring to Knapp by his nickname.

"Knapper had an immediate impact on my life as soon as I entered the NFL. He was my coach that turned into my friend and mentor. He was instrumental in my success on the field, but his impact off the field was much more. Knapper was a special person who had an infectious attitude for life and was loved by everyone who he worked with. HE will be greatly missed by many. Our prayers are with his beautiful family and friends."

Sports analyst Spencer Tillman explained the significance of those statements.

"For TJ Yates to say what he said really says a lot, because he's not necessarily a top tier draft pick," said Tillman. "So, you want a guy that can work with you, that understands your skill set and has the patience enough to discover them and not necessarily shoehorn you into a system that they built their whole careers trying to establish. So, I think any good coach ... that's the mark of a good coach."

Tillman got to know Knapp during his time in Texas and then with the San Francisco 49ers.

He said aside from his coaching and mentoring, what stood out is his longevity on the sidelines.

Those tributes from friends came along with final words from his family.