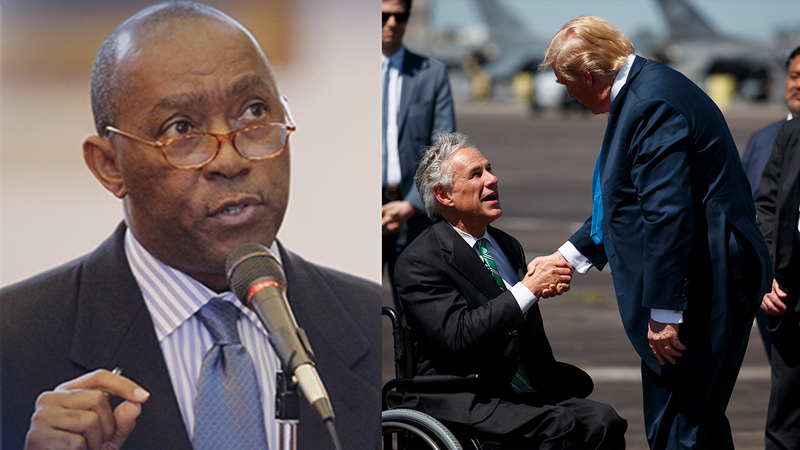 HOUSTON, Texas (KTRK) -- Mayor Sylvester Turner is asking Gov. Greg Abbott to reconsider after it was announced that the state will reject the resettlement of new refugees, becoming the first state known to do so under a recent Trump administration order.

"Regardless of where someone is from, who they are, or what they believe, there is a home for them in Houston," said Turner. "Our welcoming spirit has led to our city becoming the national leader in refugee resettlement."

In a letter released Friday, Abbott wrote that Texas "has been left by Congress to deal with disproportionate migration issues resulting from a broken federal immigration system." He added that Texas has done "more than its share."

"Governors of 37 states had already submitted letters of consent to accept refugees - people displaced by war, famine, oppression - before today," said Turner. "Another three indicate they have sent their 'yes' letters to Washington. That is 80 percent of all governors. They are Republican and Democratic governors joining in a rare moment of bipartisanship on an immigration-related issue."

Texas has long been a leader in settling refugees, taking in more than any other state during the 2018 governmental fiscal year, according to the United Nations High Commissioner for Refugees. The state has large refugee populations in several of its major cities.

But Abbott has tried to stop refugees before, declaring in 2015 that Texas would not welcome people from Syria following the deadly Paris attacks that November. At the time, the administration of former President Barack Obama continued to send refugees to Texas and other states led by Republican governors who were opposed to it.

"I deeply regret Gov. Abbott's opposite decision and would respectfully ask him to reconsider," said Turner.