Surgeon, woman accused of rape, preyed on upwards of 1,000 women 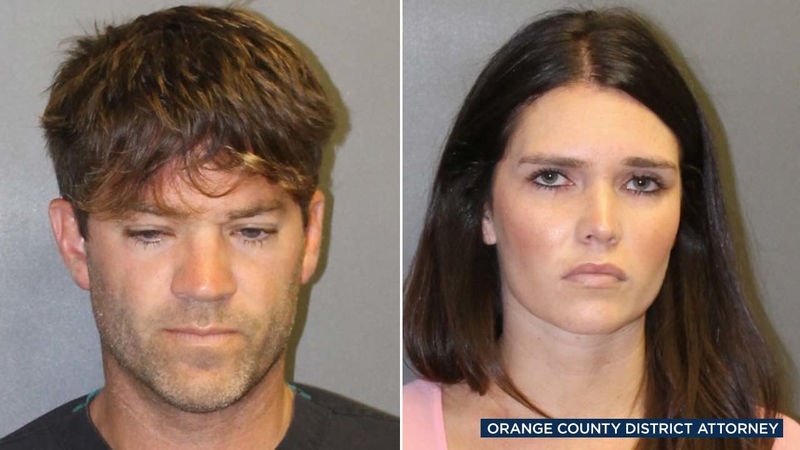 OC pair accused of rape, preyed on upwards of 1,000 women

SANTA ANA, California -- The Orange County District Attorney's Office announced Tuesday that there may be hundreds of alleged victims of a Newport Beach surgeon and a woman believed to be his girlfriend, both of whom are accused of drugging and sexually assaulting at least two women.

OCDA Tony Rackauckas held a news conference in Santa Ana, where he announced charges against 38-year-old Grant William Robicheaux and 31-year-old Cerissa Laura Riley. The two were charged with sexually assaulting two women by use of drugs.

Robicheaux and Riley are accused of teaming up to prey on women by meeting them at bars, drugging them - or coercing with copious amounts of alcohol - and then bringing them back to the man's apartment to sexually assault or rape them.

Rackauckas said there is video of the sex acts on one of the two victims who have come forward. Prosecutors believe that based on the videos and pictures found on the pair's phones, there may be upwards of 1,000 other victims.

Rackauckas added that Robicheaux and Riley are two "clean-cut, good-looking people" who used their looks and charm to "prey" on their victims.

The two alleged victims came forward with encounters they had with the pair in 2016. In April of 2016, Jane Doe 1 was met by the two at a restaurant in Newport Beach and invited to a party. Once intoxicated, the 32-year-old woman was allegedly taken to Robicheaux's apartment, where she was allegedly drugged and raped. She contacted Newport Beach police the next day and tested positive for multiple drugs, Rackauckas said.

In October 2016, Robicheaux and Riley are accused of drinking alcohol with Jane Doe 2 at a bar in Newport Beach until the alleged victim was no longer conscious. The two are accused of then taking Jane Doe 2 to Robicheaux's apartment and sexually assaulting her with the intent to commit rape. The woman woke up and screamed for help until a neighbor called Newport Beach police, who responded and investigated the case.

Newport Beach police submitted its case to the Orange County District Attorney's Office for review on Sept. 6 and arrested the pair at Robicheaux's home on Wednesday.

Robicheaux is a well-known surgeon in Orange County and has treated sponsored athletes. He was also once featured on the Bravo show "Online Dating Rituals of the American Male."

Rackauckas said the state medical board has opened an investigation into Robicheaux.