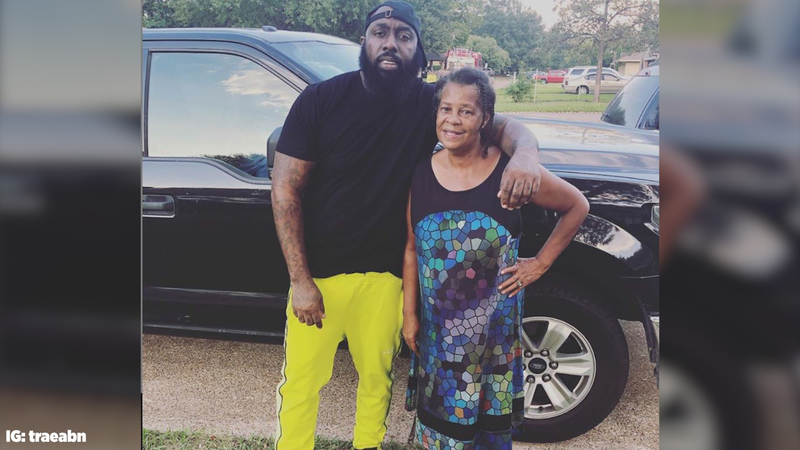 HOUSTON, Texas (KTRK) -- Rapper and community activist Trae Tha Truth met with a grandmother who was allegedly targeted during a carjacking at a gas station in northwest Houston Wednesday.

In a post on Instagram Trae said, "This is Mrs. Sheila Henry a hard working black grandmother that didn't deserve that... I had to pull up on her to let her know that real ones across the world ain't accepting that and we stand with her!!!"

Deputies responded to reports of a carjacking at a Chevron gas station on Pinemont around 10 p.m. Wednesday.

READ MORE: Grandma punched, dragged while trying to fight back against carjackers: HCSO

Surveillance video from the incident shows two men walking up to the woman and demanding her belongings.

Officials told ABC13 the woman refused to give up her car keys, so the suspects tripped, punched and dragged her through the parking lot.

Fortunately, the woman was not seriously hurt, and deputies found the woman's car less than a mile away Thursday morning.