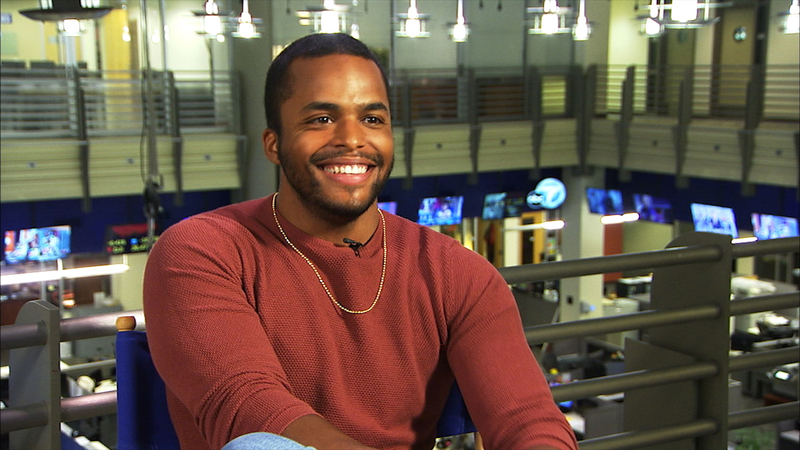 On The Red Carpet sat down with actor Chris Warren to talk about his character Jason on the ABC drama "Grand Hotel."

Warren said he really appreciated that Jason was created to be a "three-dimensional character."

"You're seeing one dimension now, but as the season progresses, a lot of things come to light about Jason's life that really change him and help him become the man that he always wanted to be," he said.

The actor said he was very ill on the day of his screen test for "Grand Hotel," but it was definitely worth it in the end.

"I'm like really, really sick. I wake up the morning of the screen test, I'm freaking out. I'm drinking tea, I'm drinking soup. And I'm at the screen test trying not to sneeze. I'm trying not to touch Eva, she's shaking my hand...It was a challenge, it was a lot, but honestly, I think it was the best thing that could've happened because it was such a distraction, thinking about how sick I was, that I wasn't thinking about the gravity of the screen test. So that distraction really helped me, and it really goes to show in this business how quickly everything can change," he said.

Warren says he considers his role as Jason as a once-in-a-lifetime experience.