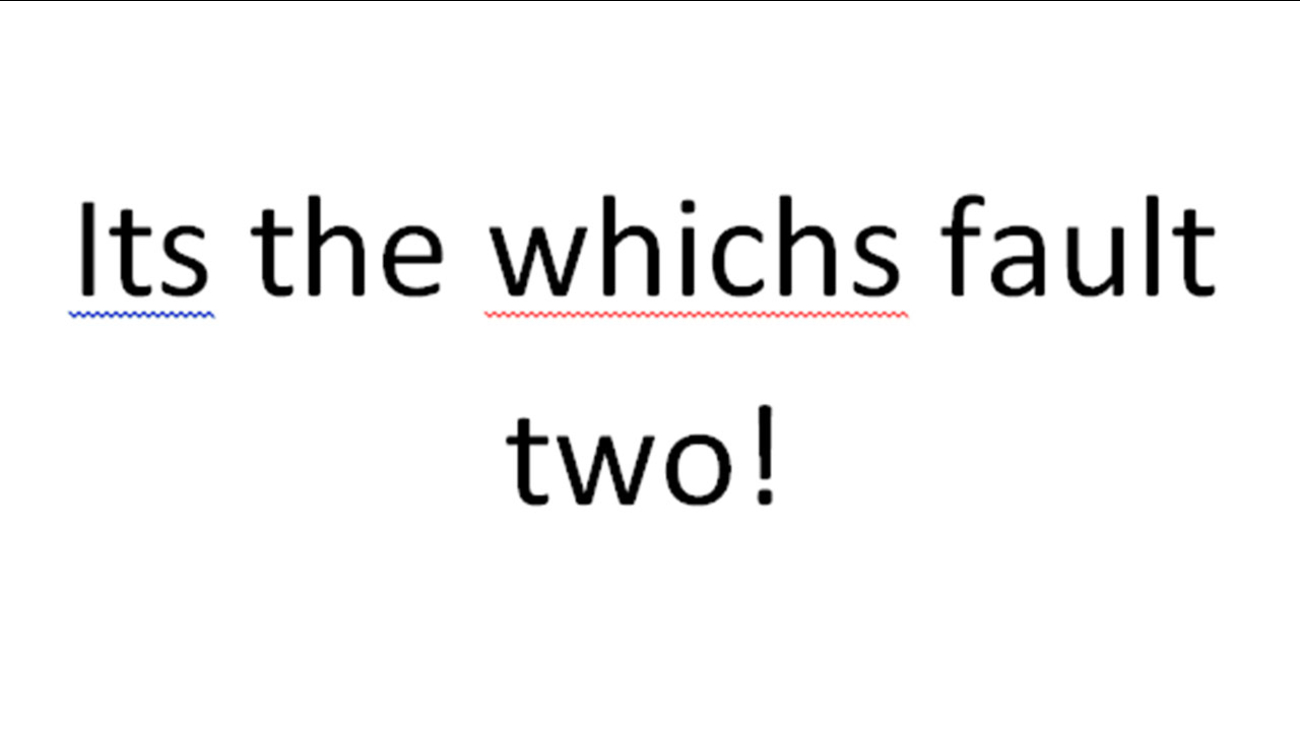 NEW YORK -- It's the LOL generation that appears most annoyed by bad grammar and spelling slips, according to a survey by Dictionary.com.

The site found in an online Harris Poll done July 31 to Aug. 4 that 80 percent of American adults 18 and older consider themselves good spellers, but they may be overestimating their abilities.

The survey of 2,052 people showed 71 percent responded that they often find spelling mistakes in correspondence from others.

Among respondents 18 to 34, 74 percent said they were irked by such slips on social media - more than any other age group.
"While we'd assume they'd be accustomed to seeing and using abbreviated speech and lingo because they are a tech-savvy generation, we actually found that they have much higher standards," said Liz McMillan, the site's chief executive, from the company's headquarters in Oakland, California.

"The poll was a great way to get a sense for how people really feel about the way we communicate, whether through our speech, social media posts or even signs and restaurant menus," she said.

Across all age groups, 59 percent said improper grammar is their biggest beef when it comes to the English language.

Women notice grammar and spelling mistakes more than men, with 75 percent saying they often find errors in the writing of others. That's compared to 66 percent of men who spot errors, according to the survey.

Specifically what is the biggest peeve? Typos on restaurant menus, store signs and ads for 59 percent of respondents.

Misspellings of "February" and "definitely" were singled out by 38 percent and 31 percent, respectively, as most bothersome when respondents were presented with a list of word candidates. Thirty percent said the "I before e except after c rule" - as violated in "receive" - bothered them the most.

But THE most irksome set of oft-confused words, at least to 46 percent of the survey's respondents, was an old standard: "their, they're and there."
Report a correction or typo
Related topics:
educationsocial mediau.s. & world
Copyright © 2022 by The Associated Press. All Rights Reserved.
TOP STORIES
5-year-old dead amongst two children shot in north Houston, police say
Hot and mostly dry for Sunday and the 4th of July
VP Harris speaks on 'outrageous' repeal of Roe at Essence Festival
Uvalde school police chief resigns from city council
Texas woman accused in cyclist's death arrives at IAH
Driver dies after explosion at Battle Creek Air Show in Michigan
Man wakes up to robbery suspects in his SW Houston apt., police say
Show More
Texas Supreme Court blocks order that resumed abortions
Video shows man robbing smoke shop at knifepoint
Man flees and shoots at officers, drowns after stabbing himself
Performers happy to be in Houston for Shell Freedom Over Texas
3-acre grass fire erupts during fireworks show near NW Harris Co.
More TOP STORIES News