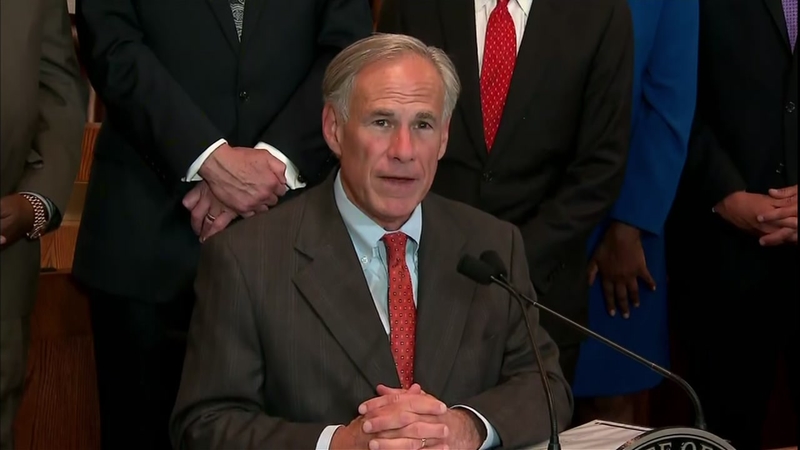 AUSTIN, Texas (KTRK) -- Texas Governor Greg Abbott has announced that millions of dollars in safety changes will be coming to Texas public schools.

It will be part of his School and Firearm Safety Action Plan. The details of the plan were unveiled during a press conference Wednesday morning.

The plan is about 40 pages and gives 40 specific recommendations.

They include more collaborations with local law enforcement and schools, more crisis intervention counselors, and an increase of school marshals who are armed and ready for threats.

"I feel like the police presence, if something were to at least happen, it'll be a quicker response time," parent Victoria Gonzales said. "That's pretty much the only thing you can do at this point."

"I don't feel like the police presence will add that much of a change," parent Brian Scott said. "There's already police at the schools. There's police a couple blocks down the street at the school."

Gov. Abbott also wants to expand a program statewide aimed at identifying students with mental health problems and removing them from the school.

The program is called "The Telemedicine Wellness Intervention Triage and Referral," also known as TWITR.

Right now, it's run by Texas Tech University and is implemented in 10 school districts surrounding the college.

He also announced a new app called iWatch Texas that will help make it easier to report suspicious people or students.

Gov. Abbott will allocate $110 million to fund the plan. That includes immediate funding for Santa Fe.

He's also asked the federal government for help. Abbott told reporters Wednesday the education secretary has said she will give Texas millions of dollars in grants.

That money should be coming to the state within weeks.

Not everyone thinks the plan goes far enough.

"Nothing I heard today is going to make any kind of immediate difference in school safety," Dewey said. "It is designed to make people feel better."

On Tuesday, Abbott was in Santa Fe to welcome high school students who returned to the campus for the first time since the shooting.

To make some of these changes, Abbott will need lawmakers' approval.

Lawmakers aren't scheduled to return until January, however, Abbott on Wednesday wouldn't rule out the possibility of calling for a special session.

Visit the governor's website to read the full plan.