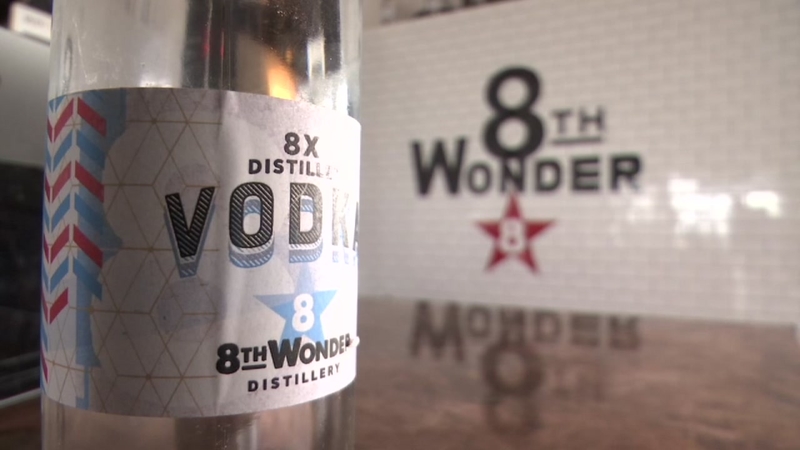 Government shutdown is putting a cork in new liquor production.

HOUSTON, Texas (KTRK) -- Beer, wine, and liquor fans could be missing out on new drinks if the federal government shutdown continues.

Beer fans might have heard of 8th Wonder Brewery. But late last year, the business announced it's expanding into the distillery industry as well.

It introduced a gin and vodka. However, its latest products, rum, and white brandy, you may not see anytime soon.

"Actually, we were in the process in our brandy approval, and that just completely stopped," 8th Wonder brewmaster Aaron Corsi said. It came to an abrupt halt because the government agency that approves the items is closed.

"We were just about to launch it to all of the liquor stores with our gin and our vodka, and we wanted to follow that up with the two products that we already have developed, our rum and our white brandy, but were unable to do so," Corsi said.

This also impacts wine and any new beer that travels across state lines. The booze business isn't the only one hurting.

This means certain agencies are closed, and some employees aren't getting paid. It's a tactic President Donald Trump is using to get border security funding.

The effects might not reach you now, but Rice University political science prof. Paul Brace said don't expect that to last.

"We're not far from people being able to feel this," Brace said.

One area you could feel it, Brace says, is the airport. Hobby and Bush said there is no impact right now.

But, TSA employees aren't getting paid.

"I just flew home over the weekend and I could see no evidence," Brace said. "They're still working, and they're working without pay, but how long can that go on?"

President Trump will address border protection later this week. He's also said the shutdown could last years until the border wall gets approval.

A fight 8th Wonder never thought would keep its liquor from its customers.

"Be patient," Corsi said. "I'm sorry, we're going to get to them as soon as we possibly can. They're going to be great when you get them."

At least it was able to get its vodka and gin approved so fans can get a taste of the new distillery.