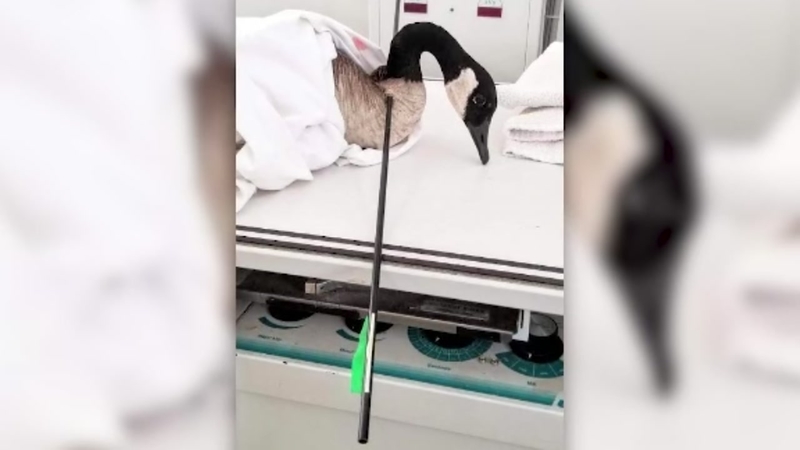 A goose was shot with an arrow in the same park where birds overdosed on pills last week.

A goose was found with a plastic-style archery arrow shot through its neck.

The goose was taken in by the Wetlands and Wildlife Care Center.

Last week, waterfowl in Carr Park were recovering from apparent drug overdoses after hundreds of heart-medication, antidepressant, anti-anxiety and insomnia pills were found dumped inside the park.

A Canadian goose and a Ring-billed Gull received IV fluids after both displayed serious overdose symptoms.