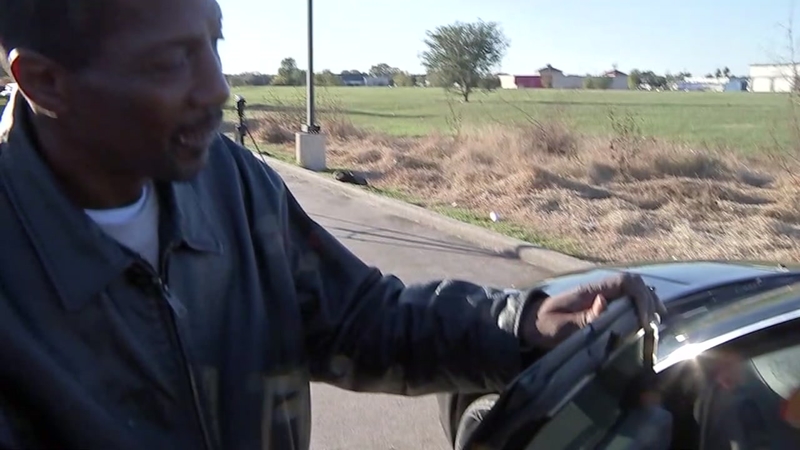 HOUSTON, Texas (KTRK) -- Last week, we told you how a Houston man found a woman's stolen bags and returned them with everything intact -- despite his own financial struggles.

Roughly this time last week, Keith Lucas was standing on the corner of the Southwest Freeway and Shepherd, trying his best to get by. He recently lost his job, was living in a hotel and trying to keep enough food on the table.

That's when Christal Rowe came into the picture.

Her purse and work bag were stolen out of the passenger seat of her vehicle while she was pumping gas. A short time later, the thieves dumped them on the street.

Lucas found them, and got his girlfriend Lisa to look inside. They found a business card and called the number listed. Crystal got her stuff back with everything in it, and now the two are lifelong friends.

"We're people and when you just have a good heart, it doesn't matter what color that comes in, age, where you are or what side of town. People still have good hearts and this could really happen. It happened to me and I'm so grateful that Keith saw my purses and said I've got to give them back," she said with a smile.

Rowe wanted to help Lucas, so she set up a GoFundMe on his behalf. Dozens of people donated, including Bishop T.D. Jakes.

"We're glad that the people reached out to us and put us in a place where we feel comfortable. Where we can see down the road that life is going to be okay," Lucas said.

Rowe and Eyewitness News Reporter Erica Simon met with Keith and Lisa earlier this week to go over next steps and share some of the messages viewers have sent in. As a result of the generosity of strangers, he was able to get a used car, find an affordable apartment on the southwest side and has several leads on a job.

It's a beautiful ending to a story Lucas says all started with something he believes in.

"I can't say enough about doing the right thing. If you find something of somebody's, try your best to give it back to them and you never know where your life could be," he said.

A number of viewers have asked about donating clothing and necessities. If there's a church or a hub that wants to serve as a collection hub, let ABC13 know.