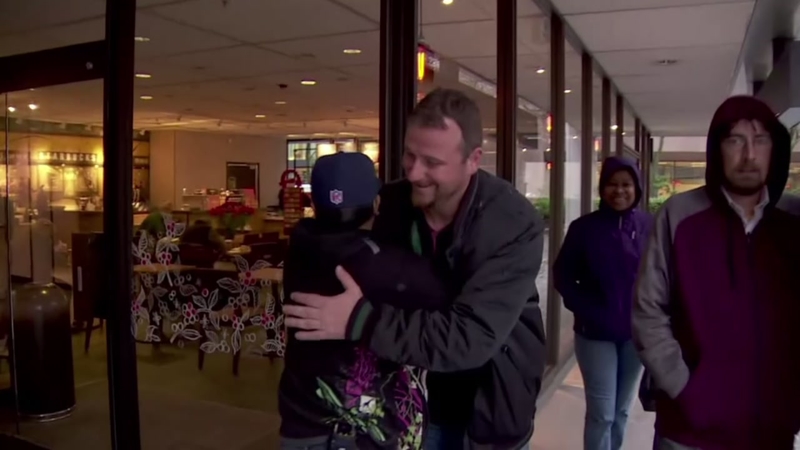 CAMAS, WA (KTRK) -- A driver who got stuck in his car, sinking underwater after a crash in Washington State, thanked the Good Samaritan who rescued him in a tearful reunion Friday.

Chris Morta couldn't roll down his windows or open his door at the time of the rescue. That's when Dan Windon broke Morta's car window, just as Morta was running out of air inside the car.

Morta said, "There was a point where I was completely underwater. I was holding my breath for at least twenty seconds. He literally came in the last second, he did."

The two men met again on Friday in Portland, Oregon. Morta said, overwhelmed, "I'm just so glad you were there, man."
Windon said, "It's just the right intervention. Just sheer fate. It just wasn't your time. It was not your time, buddy."