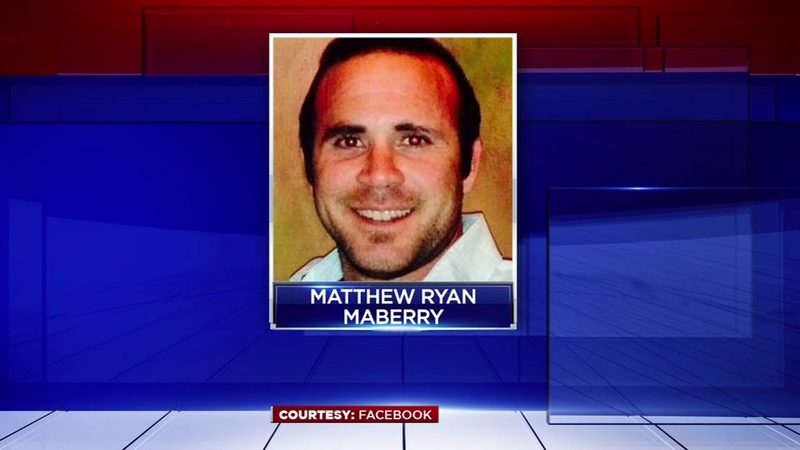 In case of mistaken identity, a firefighter has been charged with pulling a gun on an innocent motorist.

HOUSTON, Texas (KTRK) -- A Houston firefighter is accused of pulling a gun on a motorist he thought had been involved in an earlier hit and run accident.

Last Thursday, just hours after burying his father, Lavan Joyner was driving down FM 249 when he realized he was being followed.

"I didn't do anything wrong, that's why I'm trying to figure out why I was being followed," Joyner said.

Joyner says he was forced off the road. Within moments, he found himself facing the wrong end of a gun.

"'Get on the ground', 'are you a cop?' And then he said 'I'm in the state of Texas I have the legal right to kill you.' So at this point, I'm scared and wondering why does he think he has the right to kill me," Joyner said.

In his first court appearance, authorities say Mayberry saw a black Mercedes sideswipe some cars on Hollister and give chase.

"The defendant pursued that vehicle. Lost sight of that vehicle, found a similar vehicle at a red light, turned on his front light bar, and started chasing that motor vehicle," said a prosecutor in probable cause court.

The problem? Prosecutors say Maberry chased down the wrong Mercedes.

Joyner happened to be driving a similar Mercedes.

Meanwhile, Joyner, who is still mourning his father's passing, must now figure out how to fix his late father's car.

"I buried my father the same day. I'm still trying to grieve. So I don't know if he was trying to make a citizen arrest or be a Good Samaritan, that's not the way to go about it," Joyner said.