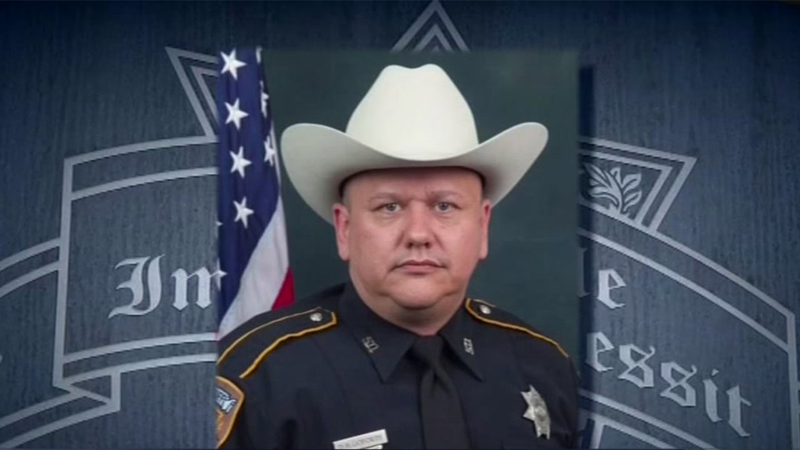 HOUSTON (KTRK) -- The man accused of repeatedly shooting a Houston-area sheriff's deputy at a gas station has been indicted on a capital murder charge.

Harris County court records show 31-year-old Shannon Miles was indicted by a grand jury Monday in the Aug. 28 killing of Deputy Darren Goforth. Miles is being held without bond at the Harris County jail.

Prosecutors allege Miles shot Goforth 15 times as the 47-year-old deputy filled up his patrol car at a suburban Houston gas station. The indictment indicates Goforth was targeted because he was a law enforcement officer.

When Eyewitness News asked the Harris County District Attorney's Office why it added the statement that Goforth was targeted specifically because he was an officer, a representive could only say "the evidence took us there."

We talked to attorney, Mandy Miller, who has worked as a prosecutor and is now a defense attorney in private practice.

"We have the issue with maybe he was meeting a friend at the gas station, and maybe he wasn't lawfully discharging his duties, according to the defense."

Miller says adding the new argument is good legal strategy on the part of the prosecution.

"The underlying felony is that he's retaliating on the peace officer just because he's a police officer."

Court records show Miles was twice committed to mental health facilities in the last five years and his lawyer, Anthony Osso, has sought a psychological evaluation.