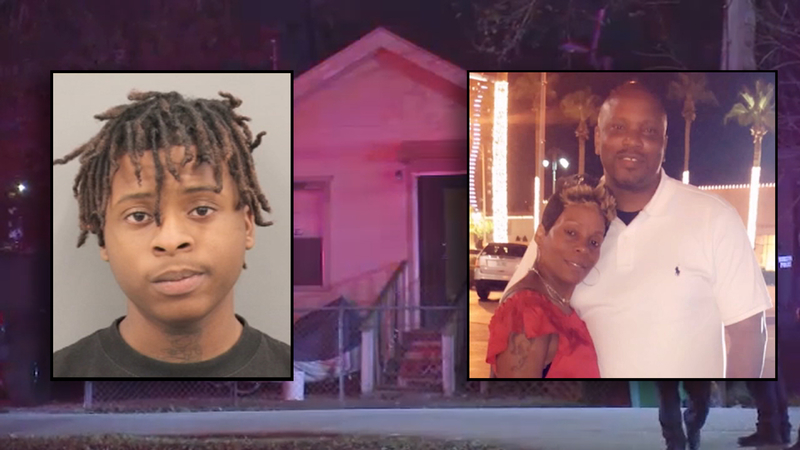 Godson accused of killing godmother and boyfriend while they slept

HOUSTON, Texas (KTRK) -- Inside a small white house, a mother of three and her boyfriend were gunned down in the back of a home on Rosemont Street in southeast Houston.

Police said the suspected shooter in question is Nyee Duncan, the godson of the victim, Jaquilla Dixon.

According to court records ABC13 obtained, Dixon and her boyfriend Romalius Mathews were asleep when they were shot to death.

Documents state that Dixon and her boyfriend were operating an illegal game room at their home.

A witness, also an employee, told police that the godson walked in and went straight to the back. He then shot the couple to death. The documents then state that Nyee walked into the living room and began shooting at customers, injuring one person.

Documents also state that he aimed the gun at someone else's head but the gun ran out of ammunition and he fled the area. If you have any information, call police.