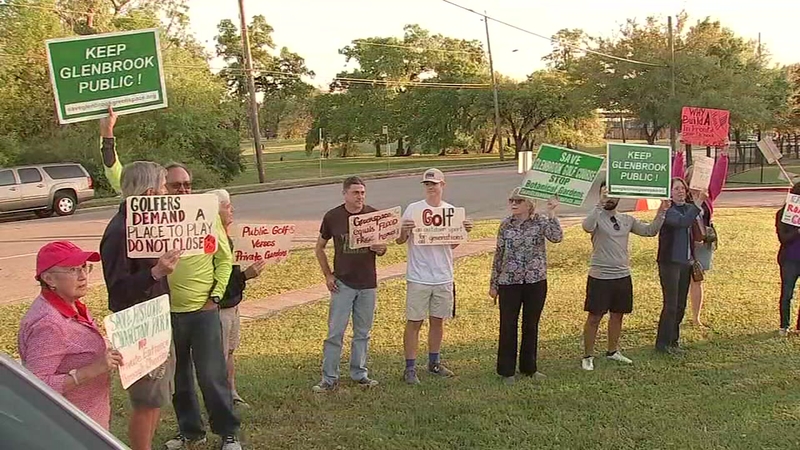 HOUSTON, Texas (KTRK) -- It started with a protest and ended with yelling.

People are raising their voices over a plan started in 2015 to close the city-owned Glenbrook Golf Course along Sims Bayou and open a botanic garden.

"People who basically are much more politically powerful, wealthier, figure they can use the people and the assets of this neighborhood," one resident said.

Houston Botanic Garden raised more than the $20 million required last year, and the contract with the city was signed.

Many residents are unhappy about losing access to the course for the garden, which will charge admission.

"This is a playground for the rich and wealthy of River Oaks," the resident said. "It's not for this community."

The plan will also create a bridge entrance to the garden on a public easement stretching from Park Place across the bayou.

"We've been ignored," another neighbor said. "Our city councilman refuses to work with us."

Houston City Councilmember Robert Gallegos felt the backlash, but says the community had its chance to be heard and now it's too late.

"Unfortunately the diehards that are trying to save the golf course were the loudest this evening, but again, the vast majority of residents in southeast Houston favor the botanic garden," Gallegos said.

A few did speak out in favor, but many more voiced frustrations.

The fencing will go up around the site soon. The garden is expected to have its grand opening in 2020.