KTRK
HOUSTON, Texas (KTRK) -- The Houston region has had its share of crazy car chases that pit law enforcement against fleeing drivers.

Jose Cruz, a Houston glass installer, has seen some before.

On Wednesday, he said he looked in his rear view mirror and saw a car being followed by a convoy of flashing lights.

The pursuit, which he said was within the legal speed limit, was on the West Loop heading southbound in the Galleria area where traffic is always congested.

"I slowed down and put on my brake," he said. "That allowed the police to get out and approach the driver."

The female driver, according to police, had been driving erratically. Officers attempted a traffic stop in the Cy-Fair area, but she continued to drive. Houston Police later joined the pursuit.

When officers approached the car, Cruz was going to get out of the way, "but the other vehicle was moving again," he said.

I was like, "No, I'm just going to stop," recalled Cruz. "The police told me not to move, and that's when they got the person."

His truck, however, was tapped by the car, and a tail light was broken out.

"My boss isn't upset about it," Cruz said. "Looking back on it, I think I did the right thing. It could have been much worse."

Live footage of a high-speed chase on the east freeway. 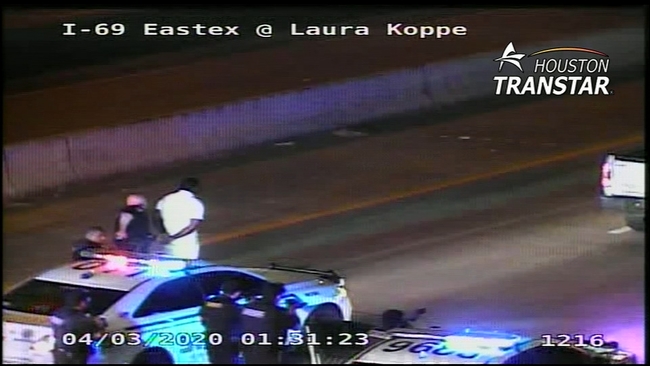 Suspect runs out of gas in Eastex Fwy police chase 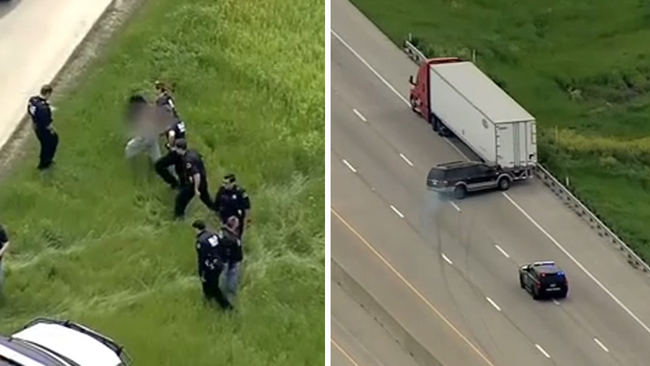 Topless woman leads Dallas police on chase on I-35 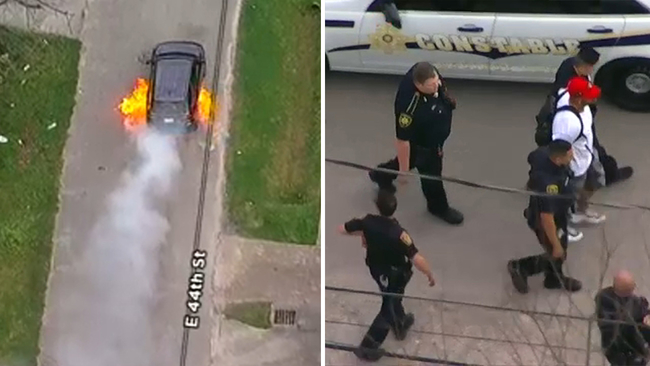 Vehicle erupts in flames during chase in northwest Houston