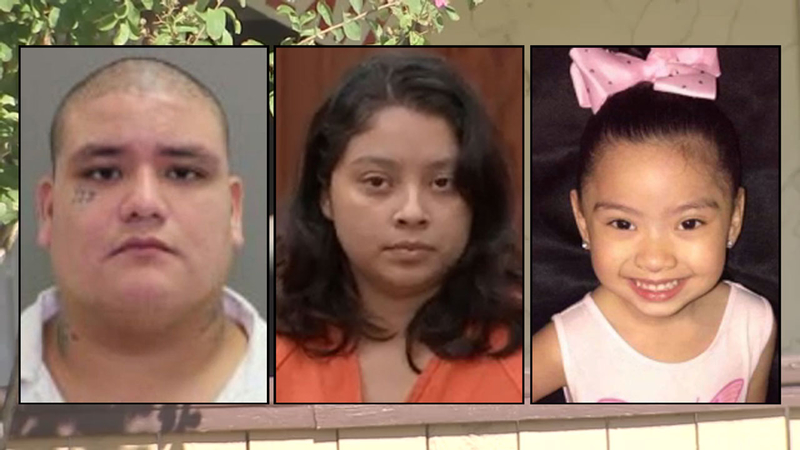 HOUSTON, Texas (KTRK) -- A Houston mother and her boyfriend are facing charges in the death of her 5-year-old daughter, whose body was found hidden in a closet at a northwest Houston apartment complex.

Prosecutors said Priscilla Nicole Torres claimed her daughter Sierra Patino died from ingesting chemicals on Aug. 27, and that her body was kept in the closet until she was discovered on Labor Day.

But according to court documents, Torres said her boyfriend, Santiago Esparza, was giving Patino a bath on Aug. 23 when she opened the door and noticed burns on the girl's body and a possible bruise on her forehead.

Esparza allegedly told Torres it was an accident.

Police said Torres told them she didn't call 911 because she feared CPS involvement.

Watch the video above to see what has happened since the couple was arrested by police.