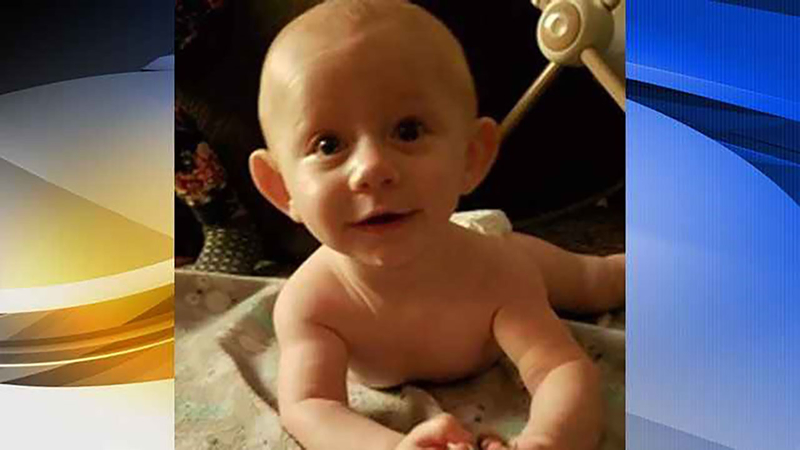 CHIPPEWA FALLS, Wis. -- A 10-year-old girl charged with first-degree intentional homicide in the death of a 6-month-old baby told investigators that she panicked after dropping the infant, and stomped on the child's head to stop the crying, according to a sheriff in western Wisconsin.

Handcuffed and wearing a leather restraint around her waist, the girl sobbed as she appeared in Chippewa County Circuit Court on Monday. A judge set bond at $50,000. State law requires the case, at least initially, to be held in adult court, according to prosecutors.

First responders were called Oct. 30 to a licensed home day care in the Town of Tilden near Chippewa Falls. The baby was found to be unresponsive and bleeding from the head, according to officials. The baby was rushed to HSHS St. Joseph's Hospital in Chippewa Falls, then airlifted to Gillette Children's Specialty Healthcare hospital about 90 miles (145 kilometers) to the west in St. Paul. He died Nov. 1.

"Later that afternoon the sheriff's department received a call from medical personnel, a doctor, attending this youth and indicated that his belief was that the injuries sustained by the 6-month boy was not an accident," Chippewa County Sheriff James Kowalczyk told WEAU.

Investigators interviewed four people at the home and the girl , who lives with foster parents at the house, "confessed to her involvement in the situation," Kowalczyk said.

According to the sheriff, the girl said she dropped the infant, hitting his head on a footstool and causing the baby to cry. The girl told investigators that she panicked and stomped on the child's head, Kowalczyk said.

The girl's biological parents were with her in court. Authorities said she had been removed from their home in September and placed in foster care. The reasons for her removal have not been disclosed.

Defense attorney Kirby Harless asked for a smaller bond, saying there was no reason to believe the girl wouldn't appear for future court proceedings.

"She would like to return home, and given her age, that may be appropriate," Harless said.