'In my eyes she saved his life': Festival shooting witnesses describe how 10-year-old girl helped 3-year-old after his parents got shot 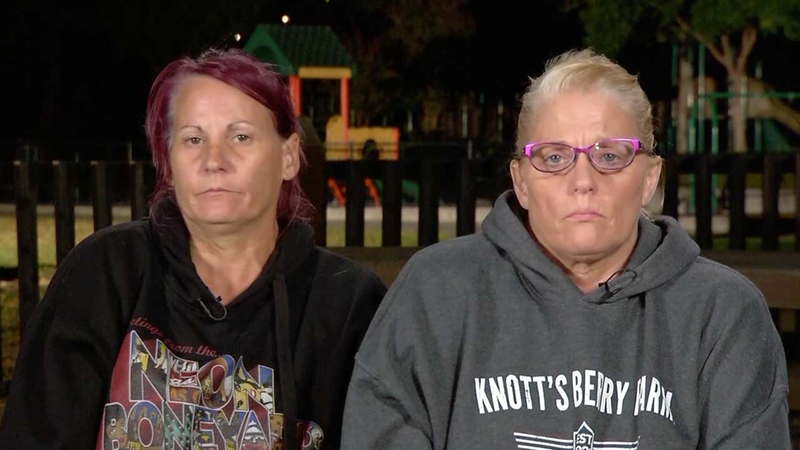 GILROY, Calif. -- A 3-year-old boy was left confused when he spotted his parents on the ground after they were shot at the Gilroy Garlic Festival on Sunday.

During the chaos, a 10-year-old girl standing nearby said she stepped in to help the toddler take shelter.

Cheryl Low, the girl's grandmother, was nearby with another relative, Candice Marquez. They had gone to the restroom when the shooting began, the pair told "Good Morning America."

"As soon as we got out of the port-o-potties we heard a pop and they said firecrackers and we turned to our left and there was a gunman," Marquez said. "His gun was pointed to the ground. He was trying to put another clip in it then he started walking away."

Meanwhile, Low's 10-year-old granddaughter was back at the tent with the family of Low's boss. Low said her granddaughter looked the shooter in the eye and saw him shoot Low's boss and her husband. Then she noticed that their 3-year-old son was left standing there looking confused. Low and Marquez said that, after the shooting was over, the girl told them what she did next.

"She was actually a hero," Marquez said. "She grabbed him and hid him under the table so that he didn't get shot."

"In my eyes she saved his life because he doesn't understand a lot," Low added. "He was so confused."

After the two children took shelter, someone came and pulled them to an even safer location.

"By the time I got back around to look for both of them, somebody grabbed both of the children and put them on the other side of the freezer to protect them from the gunman," Low said.

Low and Marquez said that when they next spotted the gunman, he had been killed.

The two are grateful the children are OK. They said that after the ordeal, the little boy was confused and just wanted to know where his mother was.

As for Low's granddaughter, they said she is a little scared but was able to get some sleep.

"We'll get her some help if she needs it, you know, someone to talk to," Marquez said, "But she seems okay."

Low said her boss is in stable condition and the boss' husband is in critical condition, adding that "It's touch and go right now."