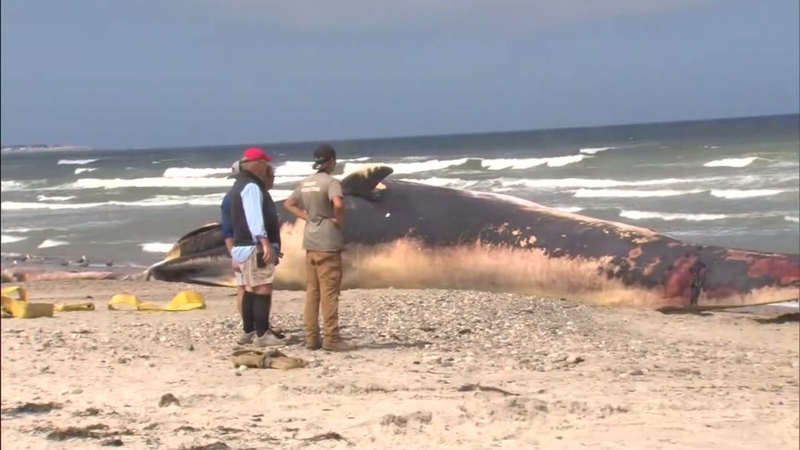 DUXBURY, Massachusetts -- Scientists are working to find the cause of death of a massive 50,000 pound whale that washed up on shore.

On Monday, a crowd watched as the giant beached whale painted an unfortunate image along the shores of Duxbury Beach.

The whale, measuring 52 feet and weighing 50,000 pounds is the second largest whale species in the world.

"There is currently an unusual mortality event going on with three of the large whale species -- the right whale, the humpack and the minke," said Kennedy. "The fin is not part of that group, but it's uncommon for them to strand up in this area."

Many gathered around the beach as heavy machinery was brought in to move the animal.

"(If it) was a disease or something like that, it can't be helped. Hopefully, it's something along those lines and it didn't beach itself because that's unfortunate," said area resident Joe Gambino.