HPD parked their cars next to the containers to prevent them from rolling into the lanes of I-10. Police said there was also damage to the bridge.

Thankfully, no one was injured.

But this was far from the first time we've seen the bridge damaged and debris in the road.

On October 25, 2018, Bayou City looked more like Spool City when drivers on I-10 had to dodge a giant spool as it rolled down the main lanes of traffic.

Less than a month later on Nov. 12, a pair of giant spools on their side blocked traffic.

Then the next month, in December, a large spool on the 610 South Loop had drivers swerving as the spool rolled down the road toward NRG Stadium.

As for the storage tanks, they're all cleaned up now, but it's just another reason to keep your eyes on the road! 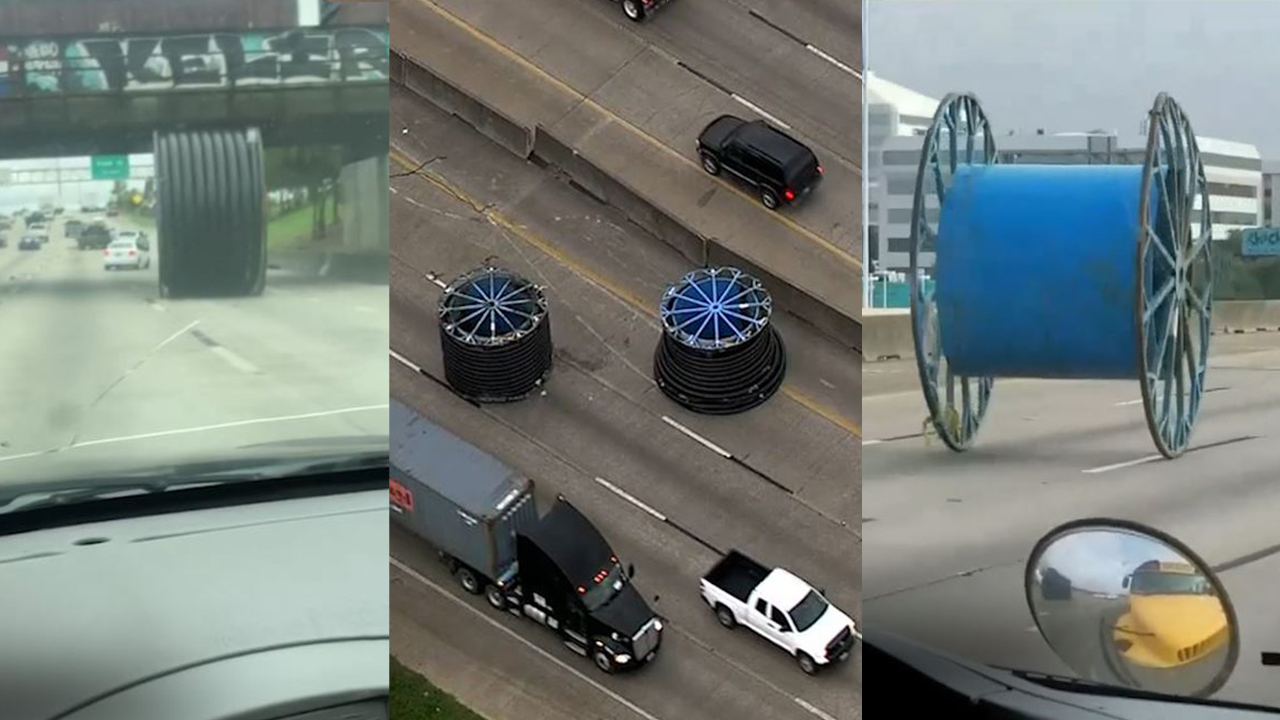