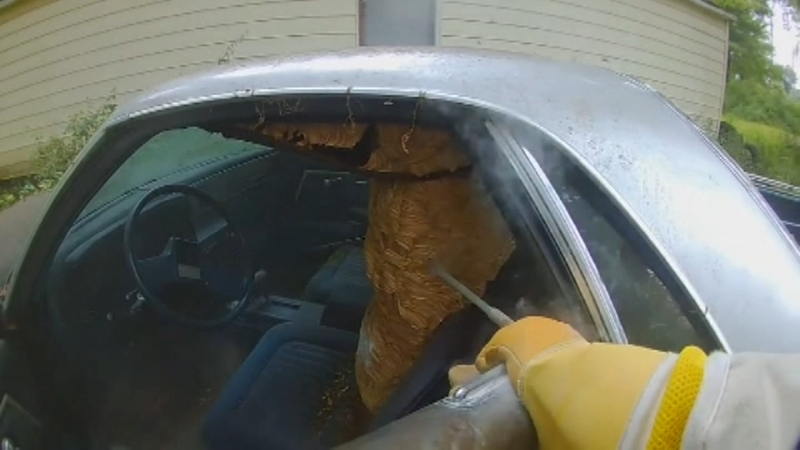 European Hornets have been removed after building a large nest in a car in Ohio, in a scene that looked like a horror movie.

Travis Watson, who owns The Bee Man, was called into action after the nest was found inside the El Camino on Sunday.

Watson tells WJW-TV the queens emerge from hibernation in April and it takes a long time to get workers in the nest. Once the queen starts to only lay eggs the nest starts growing quite rapidly in July.

Watson says the hornets aggressively defend the nest and can sting repeatedly. He wore a triple-layer suit and sting-proof gloves while he blowing a powder into the nest.