What Harvey brought to Lake Houston, millions in state aid is shoveling away 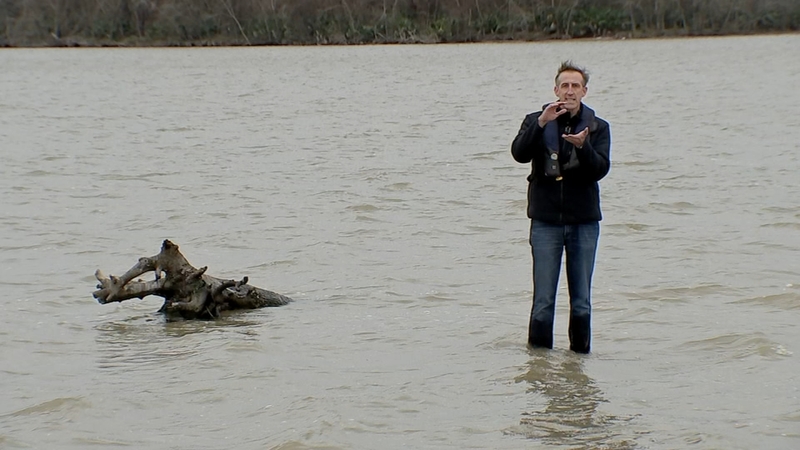 LAKE HOUSTON (KTRK) -- From aboard a Houston Police Department Lake Patrol boat, the bulldozer shoveling away doesn't seem to be making much progress. Weeks into a months-long, $36 million project, tons of sand has already been moved to make way for more water.

Much of the rain that fell north of Houston during Hurricane Harvey in August 2017 washed downstream and picked up literal tons of sand as it came down the San Jacinto River.

When all that sand got to the mouth of Lake Houston, it stopped. The sand added to a small island that rose from the water with storms in 2016. Harvey made it wider, taller and longer. Residents of Kingwood fear the island or 'mouth bar' is making flooding worse and will continue to.

"All this that you see right here is a direct result of Hurricane Harvey," Houston councilman Dave Martin told 13 Investigates on a recent tour of the project in his Kingwood district.

At the time of our tour, a single bulldozer was dismantling an island hundreds of feet long and 6 feet above the surface of the water, one shovel-full at a time. With time, more dozers and barges will be added. 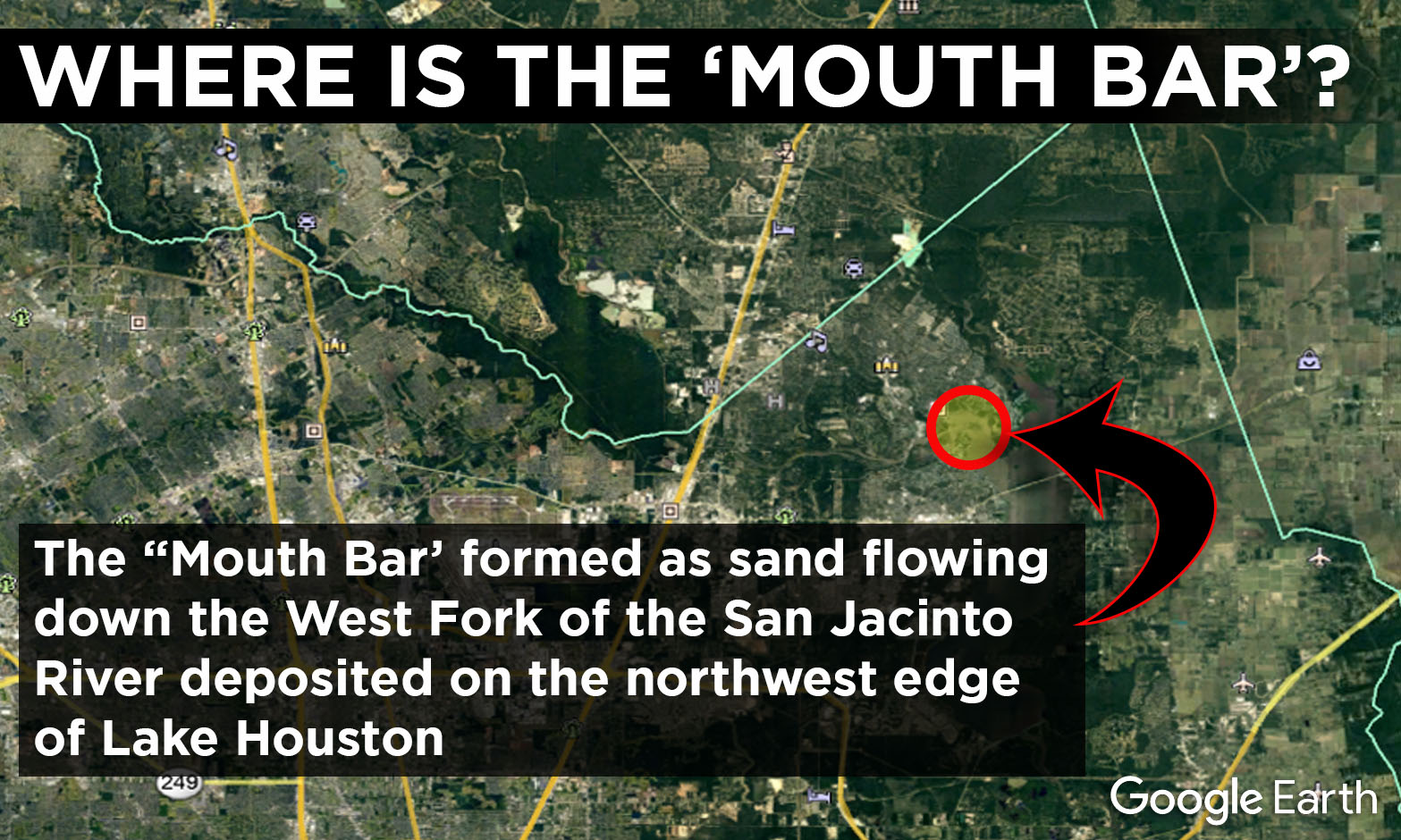 Slide to see the growth of the "mouth bar." The images are a closeup look of where the West Fork of the San Jacinto River flows into the northern part of Lake Houston. The before image was caputured on February 7, 2016. The after image was captured on February 23, 2019. The images are courtesy of Google Earth. On a mobile device? Click here.
"This sand is scaring people to death," Martin explained as Kingwood homeowner Berry Madden looked on.

Earlier, 13 Investigates met Madden on the porch of his San Jacinto riverfront home.

"We wound up getting about three feet of water in the house (when Harvey struck)," Madden explained. Madden lost two homes that day -- the riverfront one near the West Fork of the San Jacinto that he raised his family in for 20 years and was days from selling and a home in Kingwood he was renovating to move into.

Madden's riverfront land is now the dump site for the sand being excavated out of Lake Houston. Madden got the environmental permits and cleared the land. The city of Houston is paying him a dumping fee, but it's less than he and councilman Martin say it would cost the city to truck the sand somewhere else.

The initial money for the project came partially from FEMA, but more recently from the state water board and the governor's office.

The city is currently spending $36 million to dredge the island to the water line. The sand is then barged to Madden's land where crews spread it.

"Hopefully, it'll go from the river up to that white fence up there," Madden explained as he pointed to a fence nearly a mile from the river. "It will build the property up four feet all the way across."

But even all that sand may not be enough to reverse Harvey's damage in Lake Houston.

Back on the water, Officer James Fowler with the Houston Police Department's Lake Patrol moved his eyes from the lake to his onboard depth finder. He is constantly worried about running aground.

"It looks nice and pretty," Fowler told 13 Investigates. "But I pull people off of that sand on a daily basis."

He wasn't talking about the island, but barely-covered sand bars that not only pose danger, but also prevent the lake from holding flood water. To prove his point, Fowler and councilman Martin challenged 13 Investigates' Ted Oberg to get in the lake mid-winter to see just how seriously shallow it is.

As Oberg walked from the boat, hundreds of feet from shore in any direction, the water barely covered his ankles.

"The fact that this water is only six inches deep means it can't hold anything that's coming down river and the water just backs up into all those homes," Oberg explained, appearing to walk on the water.

The fear is the sand will make flooding worse in future storms which is why even with this project ongoing, the city, and especially people in Kingwood, continue to fight for even more money to keep dredging.

Councilman Martin is unwilling to make any guarantee the lake can hold back flooding, "unless we can get this lake to back where it was 2016 before Harvey came our way."