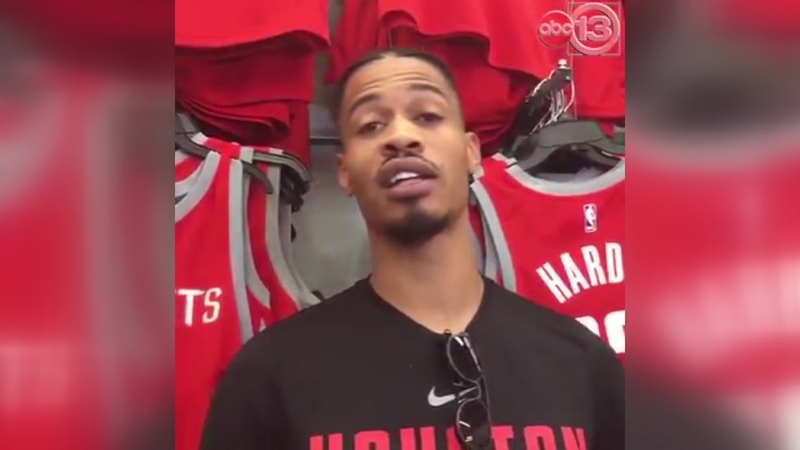 HOUSTON, Texas (KTRK) -- One of the most well-known Houston Rockets players is weighing in on another big name joining the team.

On Monday, the Rockets officially inked a 1-year deal with Carmelo Anthony, and shooting guard Gerald Green says he has no problem seeing his teammate on the court.

Reports have been circulating that Anthony would be with the organization in a bench role, but Green told reporters that if Anthony wants to hit the hardwood, then let him.

"It's about us being together, having a team. Melo wants to start, let him start. I think there's other guys that would be willing to fill in different roles in the team to make it better," Green said.

ESPN's Adrian Wojnarowski reported that Anthony will have a shot at competing for a spot in training camp, but could come off the bench depending on what head coach Mike D'Antoni decides.

Anthony is a free-agent forward that comes to Houston after spending time with the Denver Nuggets, New York Knicks and Oklahoma City Thunder.

"If the team is going to be better with him starting, he needs to start," Green said.

Green was just re-signed to the Rockets in July, getting his own 1-year, $2.4 million deal. That's also the veteran's minimum and what Anthony received.

Watch the video above to hear what else Green has to say about adding Melo to the mix.

What to know about Carmelo Anthony