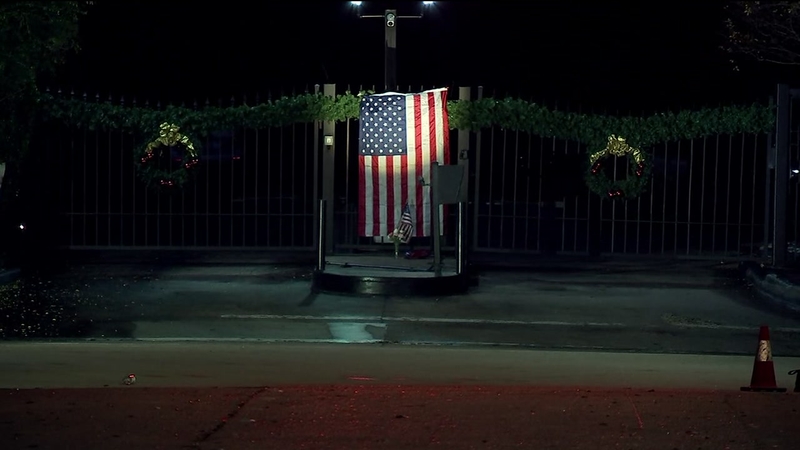 HOUSTON, Texas (KTRK) -- The news of former President George H.W. Bush's death continues to create an outpouring of support for the Bush family.

Saturday morning, a Houston resident unfurled a flag outside the Bush residence in West Oaks.

Matt Peveto told Eyewitness News that a close family friend worked for Mr. and Mrs. Bush, and that family members told him stories about the couple's graciousness, kindness, and love.

Matt Peveto paying his respects to George H W Bush by placing an American flag outside the Bush family home in Houston pic.twitter.com/bBvXx3Ky0Y

Many people in Houston remembered George H.W. Bush as a man who was not only the president but a very private man.

Peveto says it was important for him to show his respect in the passing of Bush, and encourages others to come out and do the same.

"I was watching the news and saw the American flag out here and said, 'Well, we're in Texas, so let's make this a little bigger and better,'" Peveto said.

Bush, who died at age 94 - nearly eight months after his wife of 73 years died at their Houston home - was a congressman, an ambassador to the United Nations and envoy to China, chairman of the Republican National Committee, director of the CIA, two-term vice president and, finally, president.