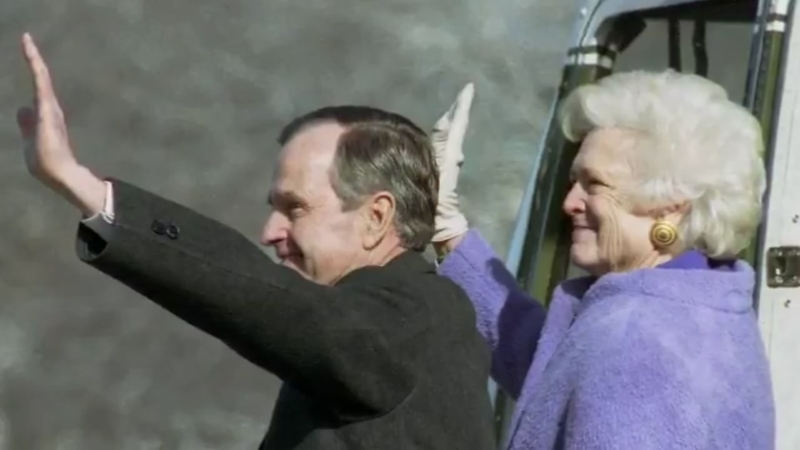 A video diary released Wednesday is giving us a more intimate look into George H.W. Bush's last day as President of the United States of America.

Bush's spokesman, Jim McGrath, shared the video on Twitter from "All the Best," a collection of letters and writings from the president.

Neil, one of the president's sons, reads what Bush dictated to his diary the day after the momentous occasion.

In it, he describes Bush's last day as president on Jan. 20, 1993. "My last walk around the grounds. It's clear, blue, crisp, cold, and I think of the many walks I've had around here, and what a joy it has been." Bush explains.

Bush went on to say that the worst part about leaving the White House was saying goodbye to the staff.

"If I lose it, too bad. They've been a part of our lives, and they know we care," Bush said.

The video showed a snippet of the letter Bush wrote to President Bill Clinton on Jan. 20 before his departure as POTUS. He said he wanted Clinton to know that he would be rooting for him.

Bush also mentioned his late wife Barbara, in whom he described as a wonderful and strong first lady. "Time will tell and the history will show that she was beloved because she was real, and she cared, and she was herself."

Since the president's death on Friday, a series of diaries have been shared, allowing the public more access to a man who was known for dedicating his life to service.

Watch the full diary entry above as Bush 41 reflects on his last day as POTUS.

GEORGE HW BUSH FAMILY TREE: Who are the children, grandchildren of the political dynasty