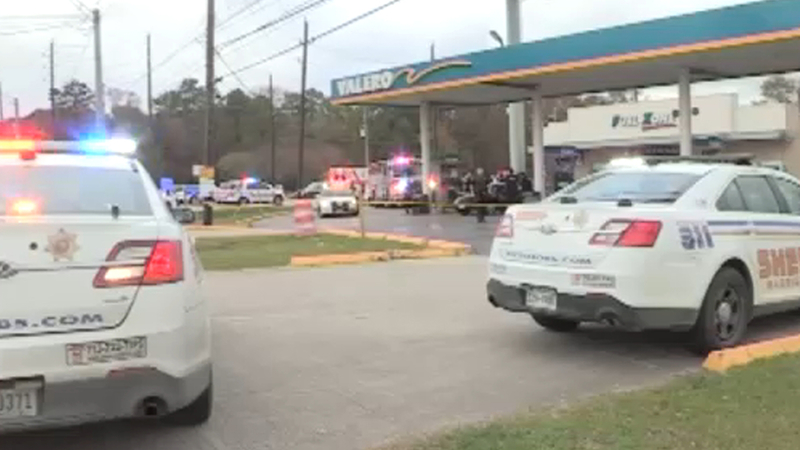 1 dead, another in hospital after north Harris Co. shooting

HARRIS COUNTY, Texas (KTRK) -- One person died Friday and another was wounded after a shooting at a north Harris County gas station, authorities said.

It happened at a Valero at Cypresswood Drive and FM 1960.

Breaking: Deputies are on the scene investigating a shooting. One man was killed, another was shot and taken to the hospital. The possible suspect was killed. They are investigating the shooting as a possible attempted robbery @abc13houston pic.twitter.com/T88LDVgZDt

Deputies said it may have begun as a robbery when a man approached a Jeep in the parking lot. A man in the Jeep was shot, but not before exchanging gunfire with the suspect, authorities said.

The man believed to be the suspect died at the scene. The man in the Jeep was taken to a hospital with what authorities described as non-life threatening injuries.

Investigators are working to get surveillance video from the gas station.