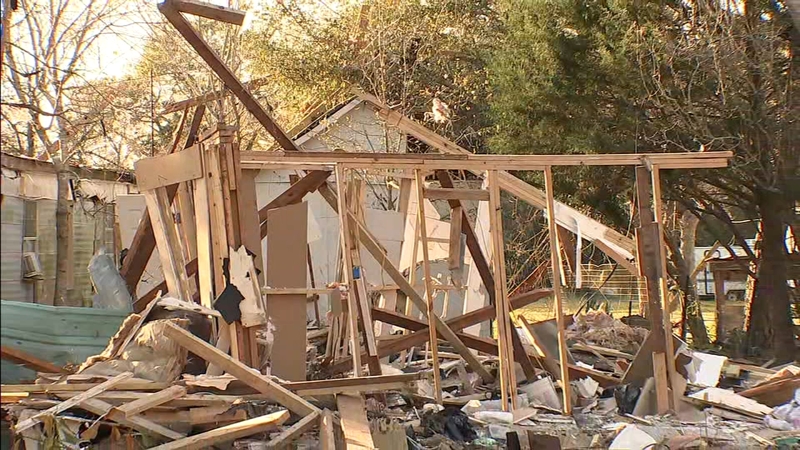 Warning for homeowners after explosion levels house in Hempstead

HOUSTON, Texas (KTRK) -- In the past week, there have been two house explosions in the Houston area.

One man, Sergio Zamora, was badly burned when his home exploded on Fifth Street in Hempstead last Thursday. Fortunately, Sergio is coming home from the hospital.

According to investigators, a man went to the house to pick up some clothes and when he opened the door, the home exploded.

Last Sunday, HFD says a gas leak inside a home on Doulton Drive started a fire that led to an explosion. The blast was so strong that it lifted the house off its foundation. Everyone inside that home was able to get out in time.

CAUGHT ON VIDEO: A neighbor shot the moments after the explosion when the large flames billowed out, consuming the house.

"He had noticed the smell of gas outside his house," said Sergio's daughter, Karla Zamora.

She says her father had smelled gas prior to the explosion and called the city about it. She says city crews came out, but he could still smell gas. Sergio decided to stay somewhere else for the time being, but when he went to get some fresh clothes on Dec. 24, he opened his door and that's when his home exploded.

Karla said, "If he would've been inside that house, we probably wouldn't have found him."

House explosions can oftentimes be deadly. The city of Houston says if you smell gas, leave your home immediately. Don't use electric switches, phones or anything that could spark. Go to a safe location, call your gas company and 911.

Back in Hempstead, as Sergio recovers, his family wants answers.