11 kids, 5 adults taken to hospital after gas release near 2 campuses in northwest Houston 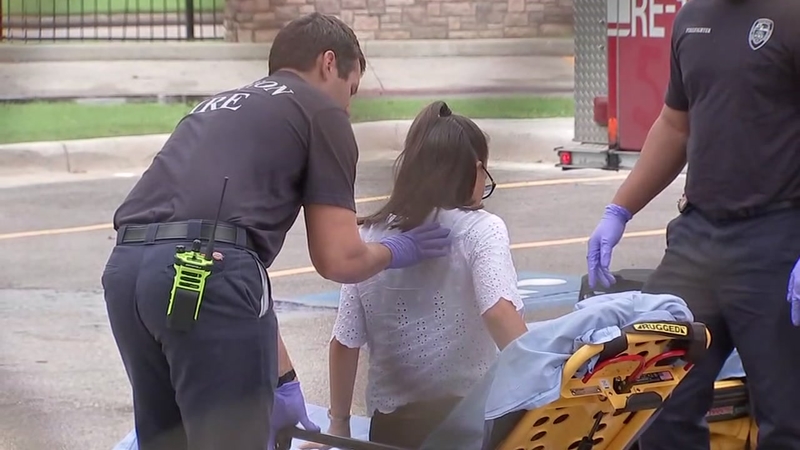 HOUSTON, Texas (KTRK) -- Sixteen people, including 11 children and five adults, were transported to Memorial Hermann Hospital after authorities responded to a natural gas release near school campuses in northwest Houston.

One child was transported from the St. Ambrose Catholic School about a mile away.

Fire officials say they all reported feeling nauseous and that they smelled rotten eggs.

According to authorities, a natural gas riser in the area released the odor as it's designed to do. Risers are generally out in an open field.

There's no word yet on the exact location of this riser.

The KIPP principal says the smell was there when she arrived this morning.

According to a statement from KIPP Texas Public Schools Regional Superintendent Daniel Caesar, school officials called the Houston Fire Department and moved into shelter-in-place mode to keep students and staff safe, as a precaution.
The school nurse and paramedics evaluated students and adults who reported feeling ill. Parents were also notified immediately.

Those who felt better were cleared to return to their normal activities.

The students and adults who still felt sick were transferred to the hospital for further treatment. There will be a follow up from a hazmat team.

Authorities say the KIPP school was not evacuated.

It was a regularly scheduled half day and school will be dismissed at noon.

Officials say everyone affected is stable and expected to be OK.

VIDEO: Someone, possibly a child, was just now loaded into the back of an ambulance at school at St Ambrose Catholic Church. Reports of nearby gas leak have caused people to evacuate. pic.twitter.com/6zcyDDBjXb