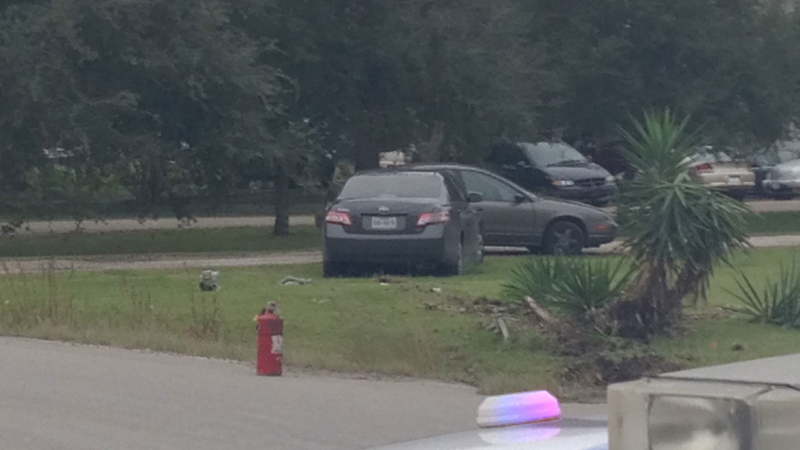 Police say it all started when a stolen car slammed into a ditch in the 5500 block of Almeda Genoa around 2:30pm Monday, rupturing a gas line. The crash and chase before it were the result of two-car pursuit that did not involve police, but rather an older brother trying to catch his younger sibling.

Police say two area teenagers ran away from home last week. One of them stole his mom's Toyota Camry. Police say the older brother spotted the pair driving through the neighborhood, called 911 and gave chase.

We've learned that the rupture caused by the wreck is about 2-3 inches. HPD says this gas leak not serious enough to warrant evacuations of nearby homes.

The fire department has cleared the scene. Now CenterPoint Energy crews are using a backhoe to dig out the soil surrounding the gas pipe so they can repair it.

HPD is still on scene to keep traffic back. All of this, police say, is a precautionary measure.

Witness Mike Metcaff says gas leaks from car crashes are no that uncommon along this stretch of Almeda Genoa.

"The gas meters are right off the road. Right on the other side of the ditch on the shoulder of the road. Maybe 6 to 8 feet off the road and they seem to be hit very easily. So my goes into the ditch, they hit the gas meter. It's like a magnet. I don't know why," Metcaff said.

Police say no one was injured in the crash. The mother's stolen car was towed from the scene.