KTRK
By Nick Natario
HOUSTON, Texas (KTRK) -- An original Texans player believes this team might be the one to finally make a deep playoff run.

Gary Walker knows a thing about big moments in front of a Houston crowd. In the Texans' first home game, he recorded a safety against the Cowboys and flexed for the cameras.

He believes more big moments are about to come to NRG Stadium.

"I think they got the best team right now ever going into the playoffs," Walker, a former NFL defensive tackle, said.

On Saturday, the Texans play the Bills in the playoffs. Walker believes the difference could be the return of J.J Watt.

Walker isn't giving the Texans that rush anymore. After playing for more than a decade, he retired 15 years ago.

"I do chicken," Walker explained. "I do cattle. I do Kobe beef. Getting that business started selling cattle, and I fish a lot."

Walker's three sons play football now. After raising children, Walker's ready to tackle his next chapter.
"Hold my grand kids one day," Walker explained. "Other than that I've been blessed. God has continued to bless me every day of my life."

Walker won't be at NRG Stadium on Saturday. He'll be watching from home.

After giving Texans fans something to cheer about in the past, he knows the current roster is built to do the same.

"I think they need to just show well," Walker said. "If they go out and get beat, just be competitive."

Don't be surprised if you see another Walker on the back of an NFL jersey. His son just finished his career at Auburn University. He's hoping to see his son get drafted this spring. 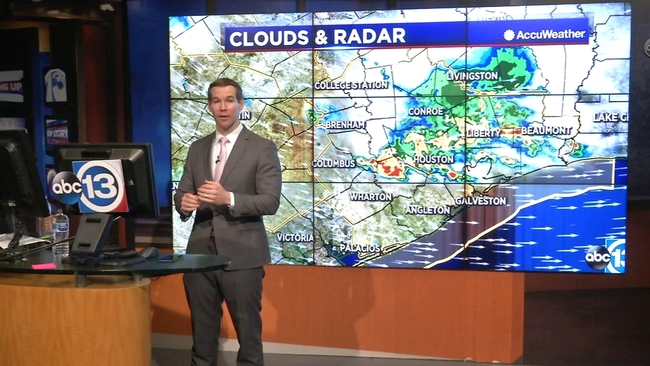