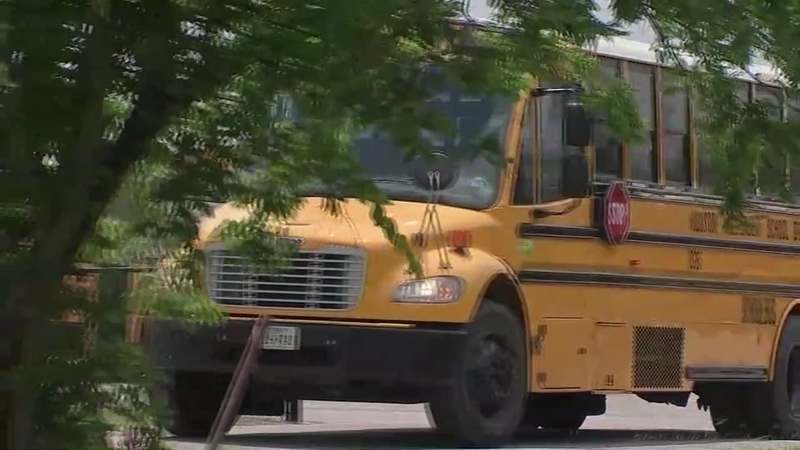 But getting him there each day just got tougher.

"They're saying since they're magnet kids, 'Oh, well.' It doesn't make sense, because HISD has magnet programs. They're leaving them out. It seems odd," said Summers.

Facing extreme budget cuts, the district changed the previous magnet transportation system. Now, all students enrolled in magnet programs will ride buses on routes solely designated to service magnet schools. The routes will pick up and drop off students at 46 magnet hubs located throughout the district.

For Lori, that means her son will have to walk or ride a bike to the hub from Candlelight Oaks to M.C. Williams Elementary 3.7 miles away.

He'll then be bused to his magnet school, Garden Oaks, which is 4.7 miles from home.

"That doesn't really help if he has to walk four miles to school and four miles home. Houston, there's a lot of dangerous factors that make me uncomfortable," said Summers.

The single mom says she would just drop him off at one of the schools, but students can't be left at school before a certain time in the morning. The district says the decision was financial but also an efficiency move. Some magnet students have long bus rides. This separates magnet student buses and gives them more of an express route from non-magnet student routes.

"Change is difficult when you're implementing something like this. We're empathetic to that. Some of the calls we receive is that, 'Hey, the hub is not as close to my home as it used to be,'" said HISD general manager of transportation services, Timothy Brown.

Brown added they will consider modifications in the beginning weeks of school, including adding satellite locations. Summers is considering getting her son a bike, but says it's not her favorite option.