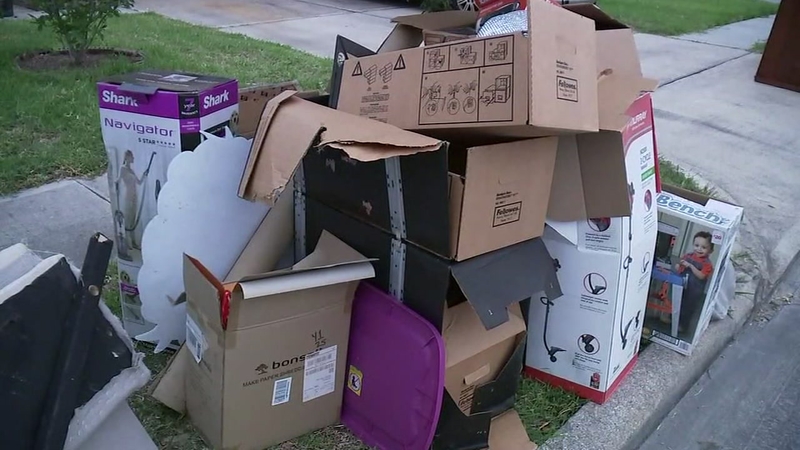 Massive piles of trash growing in neighborhoods across Houston

The reason could be seen on the curbs of many homes in his district in southwest Houston on Tuesday.

"We were receiving calls from residents throughout the entire city about heavy trash being overlooked," Boykins said.

Resident Ricky Green, who resides in Boykins' district, said there is "stuff all over the neighborhood."

Couches, mattresses, a treadmill. Trash is piling up on the curb by the day.

Residents say they followed the rules for heavy trash day, but the piles keep growing.

Boykins says the city had plenty of trucks to help right after Hurricane Harvey, but now they're gone.

"And now we're down to the 600 trucks and most of them are broken down in the city's fleet to try to handle the entire city," Boykins said. "So this is not just a district problem, it's throughout the entire city."

This is why the mayor is trying to push through a $40 million plus budget to buy a new fleet of trucks.

Houston City Council has given the mayor the OK. A final vote is set for tomorrow.

"I think it needs to be picked up ASAP," neighbor Jonathan Smith chimed in. "If not, the whole neighborhood just gonna look trashy."

"We're hoping to get a pass tomorrow to bring additional trucks in to get this next wave of heavy trash," Boykins said.