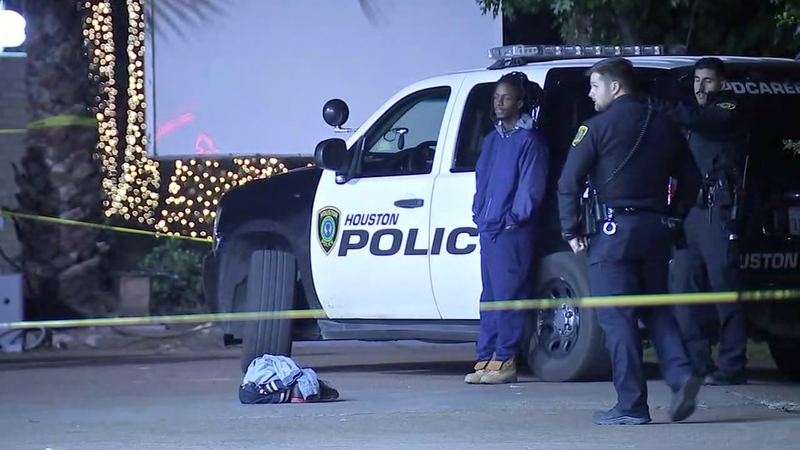 2 wounded in drive-by shooting on south side

HOUSTON, Texas (KTRK) -- A drive-by shooting at a south side gas station is the latest example of gang violence, detectives say.

It happened around 9:30 p.m Thursday at a Shell station on the corner of Cullen Blvd and South Loop East Parkway.

Two men were each shot in the leg while sitting in the back seat of a black car parked at the gas pumps. Both men will live.

Innocent people ducked for cover when shots were fired.

"The motive doesn't appear to be robbery. Nothing was stolen, no words were stated. They just pulled up, started shooting and drove off," said Detective Zane Brumley with Houston police.

Investigators say it's possible there may have been more than one shooter. Witnesses say the suspects drove away in a gold sedan.

"A lot of witnesses say they didn't see them for sure due to the gunfire. They were trying to duck their heads," Brumley said.

Gang war on Houston's south side

"We know there's a gang war going on right now in Houston, on the south side of Houston," Chief Art Acevedo told Eyewitness News earlier in the day.

Acevedo says there are 20,000 documented gang members in the city and more in the county.
"It is a challenge for us," Acevedo said.

Tuesday, an 18-year-old student was shot to death outside Lamar High School in what sources say was gang retaliation.

"Quite frankly, for those that love someone that's in a gang, if you love them, love them enough to cooperate with police so we can bring killers and shooters to justice so we can end the cycle of violence and retaliation," Acevedo said.