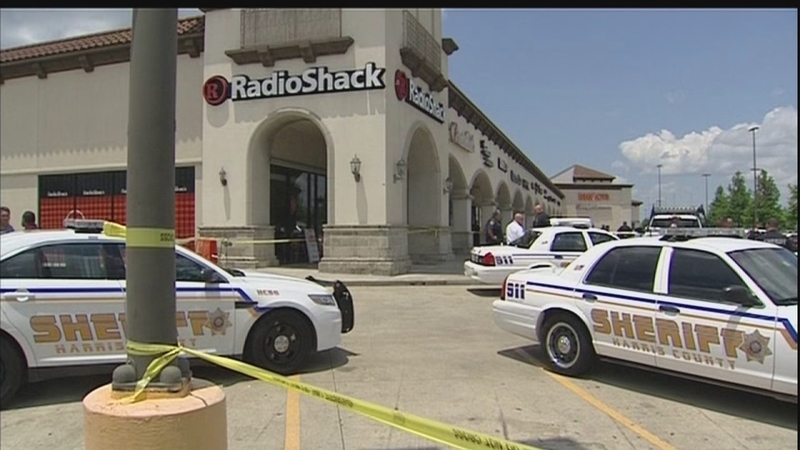 HOUSTON (KTRK) -- It went from a regular lunch hour at the strip center to a shootout. Two men wearing hoodies and masks and carrying guns robbed the Game Stop store, shoving stolen X-boxes and games into their car trunk.

At the same time a 28-year-old man, who had a concealed carry permit and a gun of his own, had just sat down to eat at a Quizno's next door. He saw the robbery and when he went to his truck, he was confronted by the robbers.

"Seeing that one man was armed, he then pulled his weapon," said Deputy Thomas Gilliland, Harris County Sheriff's Office spokesperson. "He also told someone in Quiznos to call 911, that the store was being robbed."

Moments later the shooting started. The suspected robber was dead in his car. The man who shot him was a 28-year-old Marine veteran who served overseas. He's said to be shaken up, despite his military training.

No one else was injured. The second suspect was arrested in another parking lot after tearing off his mask and hoodie. There was collateral property damage that will have to be repaired -- a shattered glass door at a yogurt shop.

As for that Marine...

Neighbor Kris Martin said, "This is our neighborhood and I just want to say thank you. My kids go in that game stop and it could've been anyone's child."