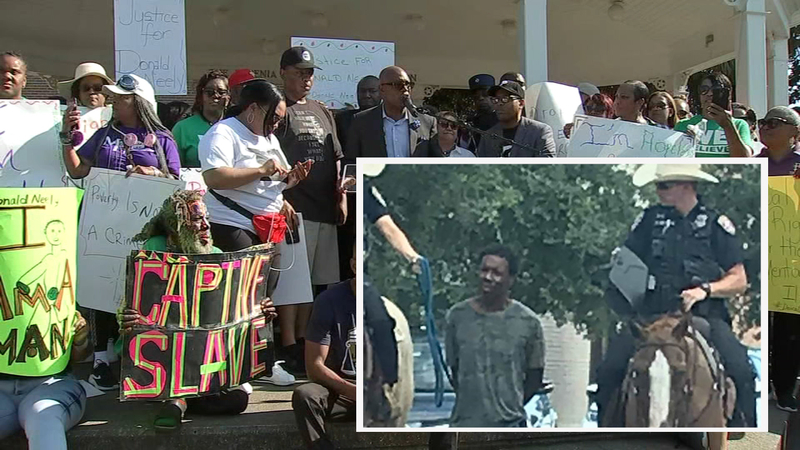 Neely, 43, was arrested by the Galveston Police Department on Saturday, August 3 and charged with criminal trespassing.

The arrest caused an uproar on social media after a photo posted to Facebook showed Neely being led by officers on horses, using a rope.

Galveston Police Chief Vernon Hale said officers will no longer do this and are looking at more appropriate arrest methods.

The protesters say they weren't going to just stand by on social media and complain, but wanted to get out and show city officials that they don't agree with what happened to Neely.

The March on Galveston is about to get underway. The community is coming together in response to the arrest of Donald Neely. https://t.co/REPqD3egGz pic.twitter.com/xkxQdbA3W1

The attorneys for Neely requested body cam footage of his arrest from Galveston police, saying they want to see how he was treated by officers.

That request has not been granted.

Protesters at the march say Neely was dehumanized.

"We are here, brothers and sisters, for a teachable moment for America," said civil rights attorney Benjamin Crump. "We are here because what has been seen cannot be unseen."

The Texas Rangers reviewed Neely's arrest and determined there was no evidence that would warrant a criminal investigation.