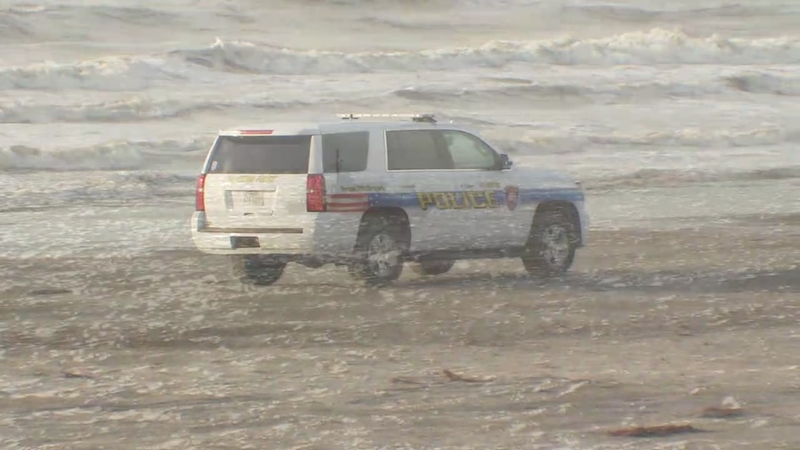 GALVESTON, Texas (KTRK) -- The body has been recovered of an 11-year-old boy who went missing in the water just off Galveston on Sunday, the Galveston Police Department Marine Division says.

The 11-year-old was one of two boys presumed drowned after witnesses said they saw them go under the water near the area off Seawall and 17th.

Officials say a member of Galveston Marine Response found the 11-year-old's body on Tuesday around 4:40 p.m. about two miles offshore from 9 Mile Road and Highway 3005.

Authorities are still searching for the second boy, a 16-year-old.

Both children were with about a half dozen kids visiting the beach with a supervisor from a local youth shelter called Children's Center Incorporated when two younger boys got into trouble near the jetty.


One of the boys got out safely, but the other, an 11-year-old, was still struggling. A 16-year-old from the shelter tried to help him and was pulled under, too.

"They went in an area that wasn't illegal to swim, it was outside of our prohibited area by the rocks, which is more dangerous. They got into trouble because they drifted over by the rocks and got into a rip current," said Chief Peter Davis from the Galveston Island Beach Patrol.

Sunday was a red flag day on the beach when the boys went missing. On Monday, the weather hindered the search by ground and air. The Coast Guard helicopter had to land due to low clouds.

Officials with the Galveston Island Beach Patrol, EquuSearch, the police department and the U.S. Coast Guard say they resumed the search and went by boat for several hours to look for the boys in the water and on land into the night.

The 11-year-old has not been identified. A woman who claims to be the mother of the 16-year-old she identified as Nicholas says her son has been and in and out of child protective service care for the past three years. She received a phone call about what happened.

"(The caseworker) comes and tells us that he went with the shelter, the boys' group shelter, to Moody Gardens and for some reason they went to the beach," Ashley Garner told Eyewitness News on Tuesday.

Authorities plan to continue searching for the 16-year-old.