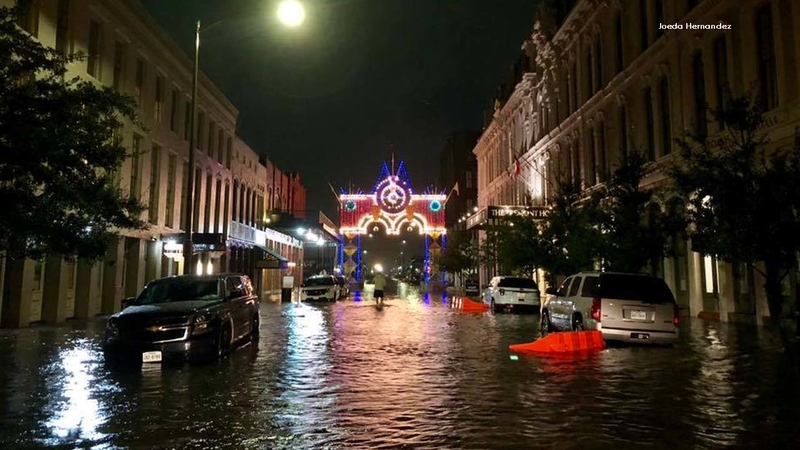 Road flooded by 9 inches of rain

Even though the weather is supposed to be drying out on Thursday, some residents in Galveston County may still be dealing with the flooding left behind by the heavy rain.

In the La Marque area, high water covered the road at the corner of West Hunter near Highway 6.

The water appeared to be five to six inches deep, as some drivers were forced to park along the highway to avoid getting stuck.

Not far from there in the Bayou Vista area, meteorologist Travis Herzog says they took on nine inches of rain due to the storms.

Looks like water came up FAST along the Gulf Fwy feeders last night. This is near Highland Bayou in the La Marque area. Car flooded out and left behind. #abc13 https://t.co/Z6b7PWw8dW pic.twitter.com/Gvh0iY5Fbo

Street flooding also happened quickly in Santa Fe, where a woman worked quickly to try to clear water out of her home using a bucket.

In the video, you can hear it doesn't take long for the water inside her home to hit the water on the outside, giving a sense of just how high it was outside her window.

BAILING OUT WATER: A homeowner with a bucket tried clearing water from her home after severe storms struck Santa Fe.

ABC13 viewer Joeda Hernandez shared photos of the flooding in Galveston from the Strand and Mechanic Street around midnight as a storm moved through.

It's been a wet last couple of months in Galveston County.

They dealt with heavy rains that caused major street flooding in September.