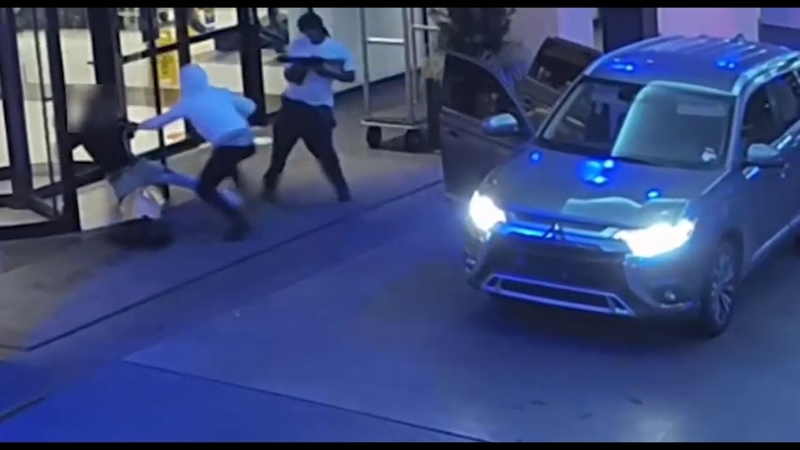 10 arrested in string of Houston robberies in affluent areas

HOUSTON, Texas (KTRK) -- Houston Police Chief Troy Finner said a strategic investigation helped in the arrest of 10 suspects tied to a string of so-called "aggressive" robberies in high-end parts of the city.

During a joint news conference with ATF Houston, Finner said officers were able to make the arrests during the last week, but they came after a patient investigation of the robberies that each happened mainly back in January.

Houston police showed exactly the type of danger that may come out of nowhere from a crew of robbers targeting the affluent parts of the city.

"It's pretty scary to think that there's people out here trying to get people for their money," Drejoin Ellington said.

While the arrests mark one of the first successes touted under his leadership, Finner mentioned that more of these violent crews are out there.

According to the chief, the suspects are "the types of guys we need to get off the streets to make the city safer," which was the reasoning for the timing of the arrests.

Court documents obtained earlier this week for two arrests believed to be part of Friday's announcement identified five places where unsuspecting victims were robbed. They are the Galleria, the Post Oak Hotel, River Oaks District, PlazAmericas on Bellaire and Johnny Dang & Co. on Richmond Avenue.

The robbery ring arrests were made in conjunction with the newly formed ATF Crime Gun Strike Force, which, as 13 Investigates' Ted Oberg reported, uses teamwork and technology that links guns to bullets which can then be linked to crime scenes and shooters.

Among the high-tech gadgetry mentioned in this collaboration is a pilot ShotSpotter program which detects the sound of gunfire within a five-square-mile area in southeast Houston.

Finner has a message for violent criminals still on the street. "You think that you're preying on our citizens of Houston, and you think you're going to get away with it," he said. "We have task force units and crime suppression units marked and unmarked all over our city right now.