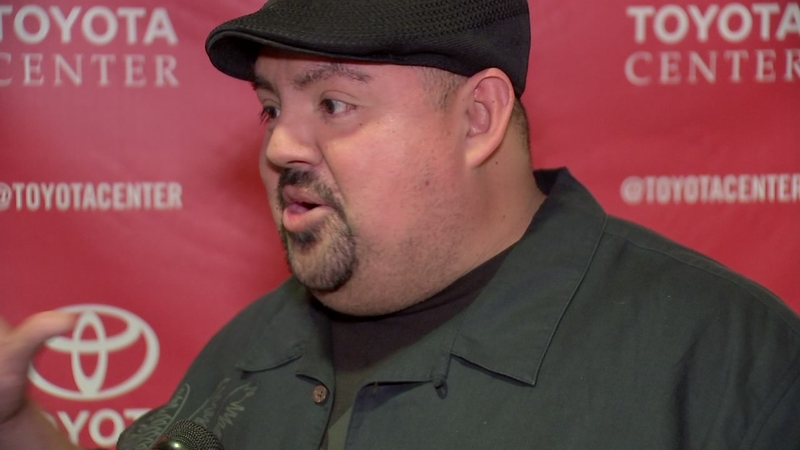 HOUSTON, Texas (KTRK) -- "This is not my first rodeo in Houston," said comedian Gabriel "Fluffy" Iglesias.

He has been coming to H-town for the past 20 years. Iglesias, the comedian most people know as "Fluffy," was reminiscing about his performances here in the city.

"(I performed at) the Verizon Theater and my shorts ripped. People saw more show than they needed to," he said jokingly.

It has been a long road to success.

"I gave up a really good job with benefits to chase this, so I had to go backwards to go forward and sometimes that's what you have to do in life," he said.

After many sacrifices, he's enjoying a very fruitful career. He has a big deal with Netflix for a comedy special which is being taped during a live show at Toyota Center on Thursday and Friday nights..
"(Fans are) gonna expect Mexican Independence fireworks. I mean it was ironic we chose that weekend," he said since his show will fall on a big Mexican holiday. "(People can expect) WWE meets the Food Channel. There's a whole production involved. Netflix spent some money to make sure it's the biggest one to date."

Before his two shows, Fluffy wanted to spend some time with his fans on his birthday back in July. It was packed inside and out of Toyota Center.

"They're here for the free pizza, let's be honest," the comedian said.

All jokes aside, he truly loves meeting his fans. He takes pride in being able to connect with them, letting them know he's always available.

. @fluffyguy getting a big welcome from the city of #Htown!
Today is Gabriel Iglesias birthday!
Wish him a happy birthday. pic.twitter.com/EuxNooyvrO

Iglesias has a lot more projects under his belt, including a 10-episode sitcom with Netflix called "Mr. Iglesias," where he plays a teacher, plus other movie projects and voiceovers.