Mother concerned funeral home did not properly bury her baby 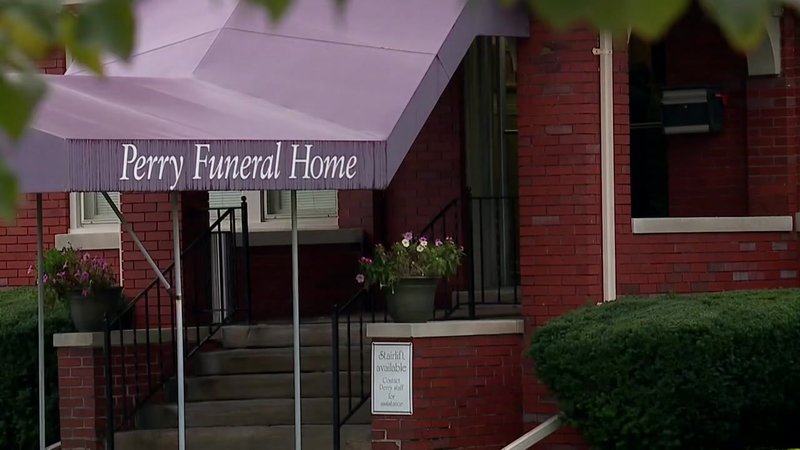 She says after the tragedy she entrusted Perry Funeral Home to bury her son, but never received a death certificate stating where he had been buried.

Dukes says once news hit of 11 fetuses being found inside the ceiling of another funeral home nearby, she got worried and called Perry Funeral Home.

She placed the call Thursday, the day before police raided Perry Funeral Home and discovered 63 infants and fetuses which were improperly stored inside.

"I had called just to see," Dukes said. "If it's baby bodies at this funeral home, let me call and see if my baby, you know, is buried or not."

She says that she was assured her baby was buried at Gethsemane Cemetery, but now she is not so sure.

"This funeral home is under investigation," Dukes said. "How do I know my baby is not in there thrown to the side?"

Detroit police say they found 36 fetuses and infants inside three unrefrigerated cardboard boxes, and another 27 from a freezer inside Perry Funeral Home Friday afternoon.

"The allegations being made through the press are inaccurate. Perry Funeral Home has conducted itself within the confines of the applicable statutes. These allegations involve only unclaimed infant remains. Perry Funeral Home received these remains from local hospitals who had indicated to Perry that the remains were "unclaimed" by the parents. In other words, the hospitals had informed Perry that the hospitals had reached out to the parents by certified mail and/or by phone, and the families did not respond. We do not believe that any of these remains involve families that paid Perry for funeral services. In the case of unclaimed remains, a funeral home cannot bury remains without proper authorization, and the law in Michigan sets forth a hierarchy for authority. Perry relied upon and operated within that hierarchy, but Perry never received the legal authority necessary to conduct a final disposition of the remains. Perry Funeral Home had not been informed that the parents of any of the deceased had desired for the remains to be donated to the medical school. Again, Perry was told that the remains were unclaimed by the parents. It is still unclear why any remains intended to be donated did not go to the medical school. Perry was not involved in any way with the body donor program, which was a program strictly between the hospitals and the medical school.
Perry has conducted itself within the law and has not committed any criminal offenses."