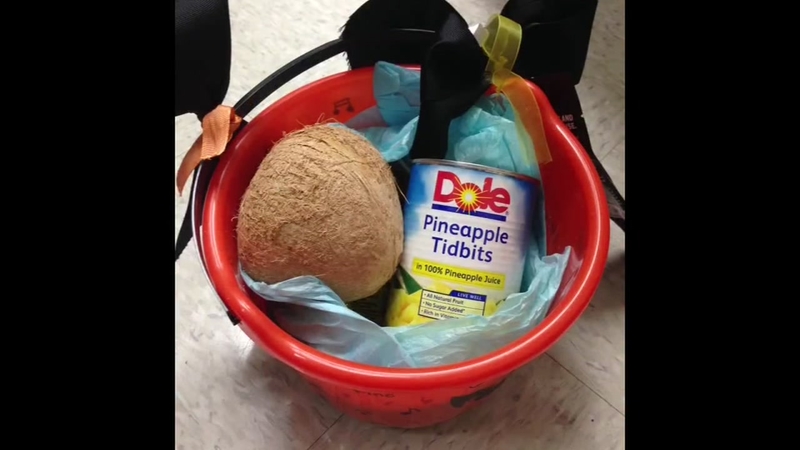 "When they exchanged their gift, they said 'We have a watermelon for you,"" says Taylor Almendarez.

Historically speaking, watermelon is linked to negative depictions of African Americans dating back to slavery. This group of Summer Creek students tells Eyewitness there has been some racial tension between the two schools stemming from chants at a volleyball match a few weeks ago.

"The other student section yells, made chants out of 'welfare' insinuating that we are on welfare, or that students at our school would be. Talking about hair, like 'we have real hair and 'where's your daddy,'" Berry says.

"I was at the volleyball game when they had all the racial slurs and after that I had an idea of what they were trying to reference," Daniel Visaya tells us.

The Atascocita students told us Monday night that they didn't do anything racist or wrong. Most on social media have called the response an overreaction.

"If they find it racist then that is their perception and you can't invalidate the feelings of someone," says Summer Creek senior Briget Davies. "So I would say it's race involved."

Atascocita's principal emailed the parents of the students who gave the gift saying:

My investigation did not lead me to believe that the students were engaging in racial harassment, but their actions were inappropriate given the context. uspension from band performances for the remainder of the football season.
ISS placement not to exceed 3 days.

A change.org petition has been started to get that punishment overturned. It has more than 1,000 supporters.

"There is a lot of good that can come out of this situation," says Almendarez. " It could be understood that these things should not be said and done, and unfortunately people do have to suffer the consequences. But they will be able to learn and grow as a person from this experience."

The Atascocita students we spoke with apologized if the Summer Creek students took their gift as racist. The students here say they accept that apology, and hope this is a learning experience for everyone.