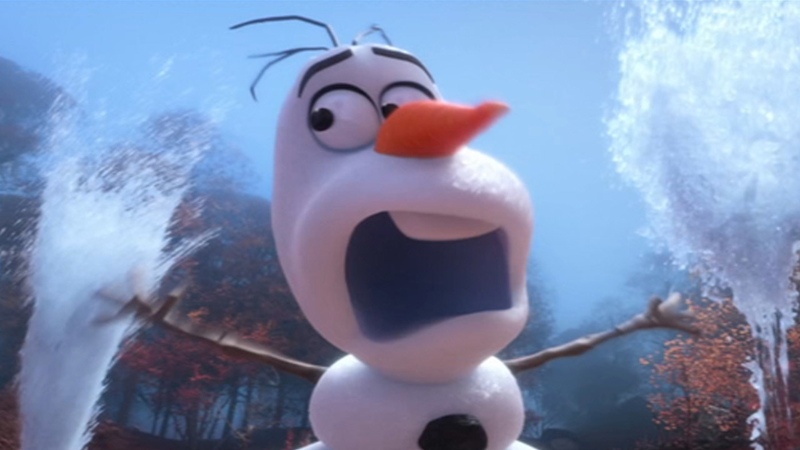 In the sequel to the record-breaking 2013 film, Elsa, Anna, Olaf, Kristoff and Sven step outside of Arendelle to embark upon an epic new adventure into the mysteries of their past to discover their future. In "Frozen," Elsa feared her powers were too much for the world, but in "Frozen 2," she must hope they are enough.

Earlier this year, Disney dropped a trailer introducing audiences to a new character, Nokk, a mythical water spirit that takes the form of a horse. The studio also announced during its D23 Expo fan event that Evan Rachel Wood and Sterling K. Brown had joined the cast of the film. Wood will play Anna and Elsa's mother Queen Iduna, while Brown will play Lieutenant Matthias.

In addition to the film itself, Disney is producing "Into the Unknown: Making Frozen 2," a behind-the-scenes docu-series that will debut on its upcoming Disney+ streaming service.

When the project was announced in April, Walt Disney Animation Studios chief creative officer Jennifer Lee described the series as real and raw, saying that it "showcases our collaborative environment in a way we have never shared before." It focuses on the cast, music team and other teams involved in the production of the film.

2013's "Frozen" is the highest-grossing animated film of all time in the worldwide box office. It won the Academy Award for best animated feature film of the year, and the film's signature song "Let It Go" also won an Oscar for best achievement in music written for a motion picture. "Frozen" also marked the first time a woman, Lee, directed a Disney animated feature film.