Family says their French Bulldog taken by a Snapchat stalker 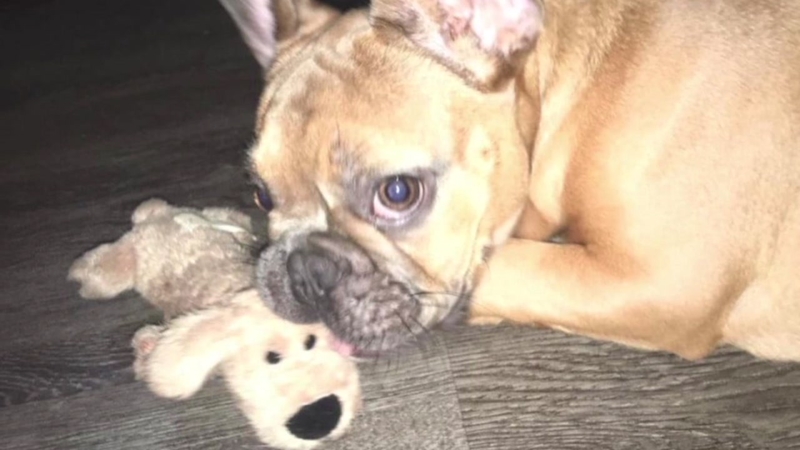 Family says their dog was taken by man who used Snapchat to stalk their dog.

HOUSTON, Texas (KTRK) -- A beloved family dog is missing tonight, and the owner is pointing to a social media stalker as the thief who he says snatched the dog and took off.

Greg Lindsey says his daughter was barely a few feet from their door in their southwest Houston neighborhood when he says someone his daughter knows from Snapchat pulled up and grabbed the dog.

Little Bailey with big brown eyes barely spent a few months with her family, before they say she was taken.

"You can see where he had been stalking her to get the dog. He knew what time she would come out," said Lindsey.

He says his daughter was walking the dog right outside their home near Seaswept and Windy Dunes Drive just before 10 p.m. Sunday night when she noticed a car was parked along the street. But she didn't know that somebody was inside.

"He walks right up to the dog, unsnaps the leash, and got in his car and not a word. My daughter at first thought it was a joke, and she starts calling him," said Lindsey

Greg says his daughter recognized the man as a friend she met through Snapchat and says the man had been to the house before and played with the dog.

By the time the daughter tried to call the man or find him on the social media app, she realized she had been blocked.

Greg believes this man was keeping tabs on his daughter's routine and knew when she would be outside with their pet.

"If they catch the guy, great. Hopefully, he doesn't do it to somebody else. Our main goal is to bring our family member home," said Lindsey.

Anyone with information about Bailey is asked to contact the Houston Police Department.