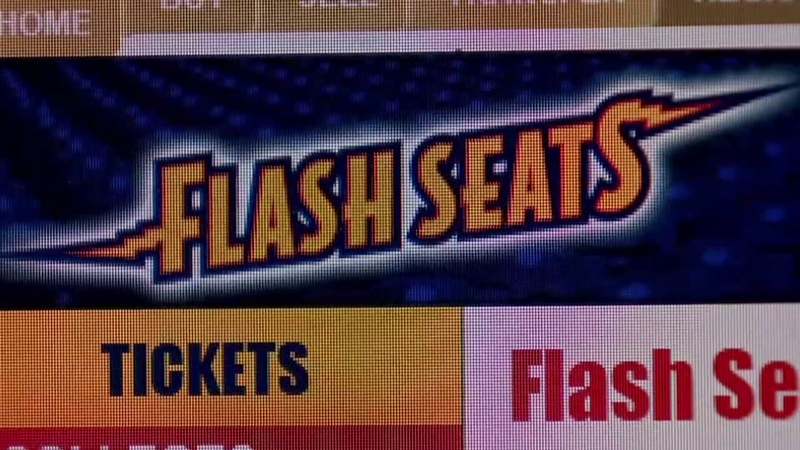 "I want the people of Houston who use it for things we love to be aware," said Dorgant.

From sporting events to concerts, the digital ticket marketplace is often the best or even only way to go. She purchased rodeo tickets through Flash Seats and had about $900 left in her account.

"For some reason, at the end of the rodeo I forgot to move it on out and didn't think about it," said Dorgant.

But when the red-hot Rockets returned to town, she considered buying the family tickets. Then she saw an email, someone had purchased Rockets tickets for a little more than $800 through her account.

She says it wasn't her and she believes she was hacked.

She says after calling in a complaint, Flash Seats has indicated she will receive a refund though she's still waiting for it.

He said, "What do we know what we have out here? We have a crook who is a sports fan, who's using a new platform that may have had some security problems. Pretty brilliant."

Parsons added that nothing is 100 percent safe.

"These are easy crimes to do. The only way you can avoid it is not to be in the credit world, not to be out there and that's unrealistic," said Parsons.

Dorgant has also filed a report with HPD and the FBI and will also make a complaint with the state, which are all things Parsons says she should do along with a BBB complaint to create a record.

"I don't know how else you buy tickets anymore. I would imagine if they can hack Flash Seats, they can do Ticketmaster, StubHub or anything else. I don't know how we'll go forward as a family buying tickets also," said Dorgant.
Report a correction or typo
Related topics:
sportshoustonticketshouston rockets
Copyright © 2021 KTRK-TV. All Rights Reserved.
TOP STORIES
Money in Lakewood Church wall may be tied to 2014 theft, HPD says
Fugitive task force searches for parents charged in MI school shooting
Fatal West Loop crash prompts traffic backup at 18th Street exit
Pasadena PD searching for suspect who stole Boy Scout trailer
Family of Navy vet shot to death on N. Fwy searching for answers
Watch 'ShopLocalish: Holiday Deals and Steals' with Tory Johnson
First, it was catalytic converters, but thieves moving to this part
Show More
Record highs possible Saturday, and Sunday will be steamy too
UH could turn national title picture upside-down if it beats Cincy
Mark Cuban buys entire Texas town, but what will he do with it?
How new TX law could impact topics educators can discuss in classroom
Omicron variant discovered in at least 7 US states
More TOP STORIES News