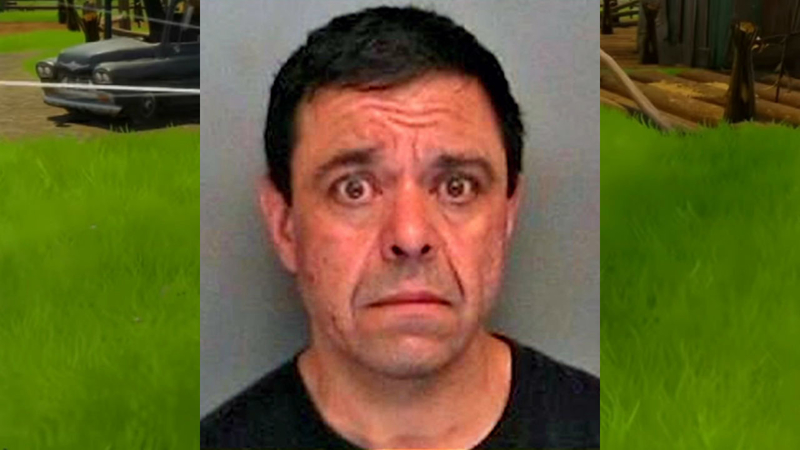 HUNTINGTON, Long Island -- A 45-year-old Long Island man was arrested for allegedly threatening to shoot an 11-year-old boy after losing to him in the video game "Fortnite."

Aliperti reportedly told the boy he was going to shoot him at his home and his school.

Security was stepped up at the boy's school, RJO Middle School in Kings Park, on Tuesday as a precaution.

Aliperti was arrested at his home around 1:40 a.m. He is charged with second-degree aggravated harassment and acting in a manner to injure a child.
EMBED More News Videos

Kristin Thorne reports on the 45-year-old Long Island man who was arrested for allegedly threatening to shoot an 11-year-old boy over Fortnite loss.

Eyewitness News spoke with a woman at Aliperti's house who said she was his sister. She said Aliperti is a father of three who owns a landscaping business, and she tearfully asked for privacy for the family.

Aliperti's attorney, Andrew Karpf, said he has yet to see the messages Aliperti allegedly sent to the boy. Karpf said Aliperti is under a lot of stress as he's going through a contentious divorce.

"I'm guessing that this guy got really angry and wasn't thinking and said these horrible things to this kid," said tech expert Lance Ulanoff, who says it's a wakeup call for parents or anyone who plays online games.

"You wouldn't let your child go walking in an unknown neighborhood by themselves, but parents let their kids play video games by themselves all the time," said Ulanoff. "Meanwhile, they're interacting with people they have never met."

As for gamers, he says never give your name or phone number to strangers. Never reveal where you live, not even your town. And parents should monitor their kids' gaming.

"This is a playground. You don't share anything, just have fun gaming," said Ulanoff.