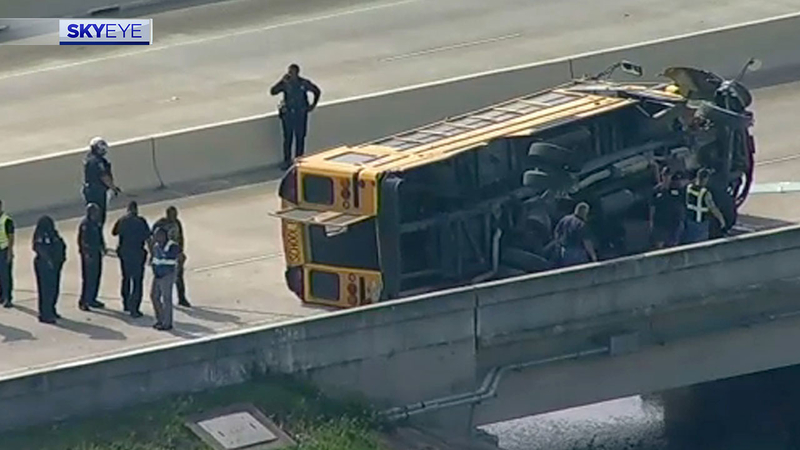 School bus flips on its side on Fort Bend Tollway

There were no students on board, with only the driver and a bus aide sustaining minor injuries, the district said.

They were sent to an area hospital.

An ABC13 producer actually witnessed the incident unfold within the 9 a.m. hour.

"I believe the bus hit a guard rail before it went up in the air and fell on its side," ABC13 producer Ashley Byers said.

Byers also took photos of the scene, with multiple drivers stopped on the northbound shoulder rushing to help.

An Eyewitness News producer talks about seeing a school bus flip over on the Fort Bend Tollway. Fortunately, no students were on board, and only two people with minor injuries were

SkyEye flew above the scene and captured multiple officials responding to the bus. A guard rail with heavy damage was also spotted from the air.

At about 4:31 p.m., the Fort Bend County Sheriff's Office announced that both lanes are clear after hours of being closed.

UPDATE: Both lanes are open. https://t.co/mVoHWuJznn