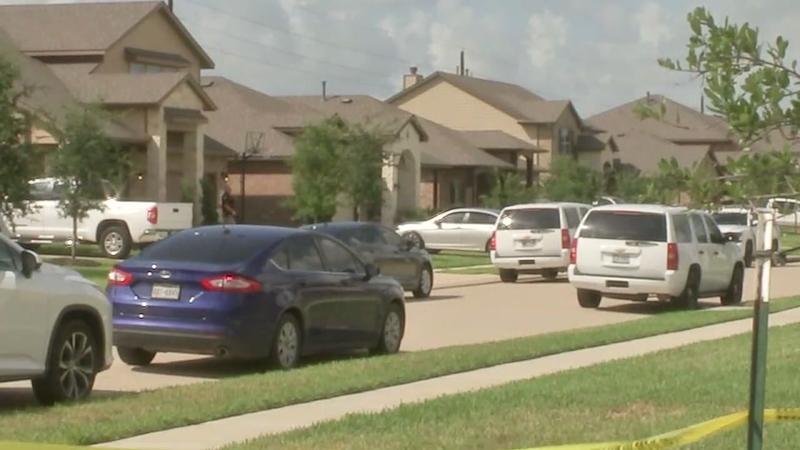 FORT BEND COUNTY, Texas (KTRK) -- A man has been arrested after authorities say he fatally stabbed his ex's new boyfriend in front of her kids at her home in Fort Bend County.

Around 4:45 a.m. Thursday, authorities say 38-year-old Godson Akran knocked on the door of the woman's home in the 3700 block of Daintree Park Court, off Tamarron Parkway, and got into an argument with her.

He left and she called 911. The suspect returned, this time getting into a fight with the woman's new boyfriend, Taofeek Anifata, who was also at the house.

According to officials, that's when Akran stabbed Anifata inside the home.

Murder suspect arrested! Detectives learned the decedent, victim Taofeek Anifata, was homeowner’s current boyfriend. He was stabbed to death by suspect, Godson Akran,38, ex-boyfriend of homeowner. Akran has been booked into FBC Jail under Murder charge & waiting to be magistrated pic.twitter.com/jPngfETEB8

The suspect is the father of the 4-year-old and 12-year-old. The stabbing happened in front of them.

Akran left the neighborhood in a silver car with another person. He made it a few miles before he was stopped on FM 1463 and taken into custody.

Detectives told Eyewitness News they do not believe there was any kind of restraining order against the suspect. He and his ex were apparently separated for at least two years before Thursday's attack.

Authorities give update on fatal stabbing of man in Fort Bend County home.