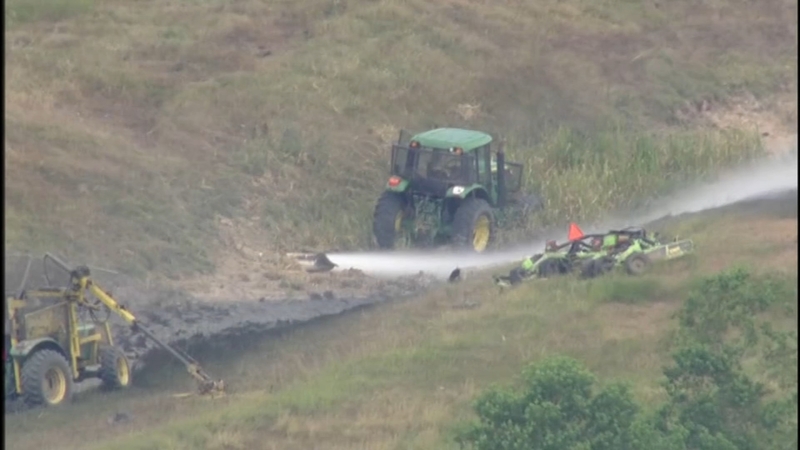 Gas leak takes place in town with about 640 people

According to deputies, the incident was reported near Hamlink and Kacal roads in the Beasley area.

Two people were taken to the hospital with moderate injuries and are in stable condition, authorities told ABC13.

The company that runs the pipeline is South Cross Gas.

While a couple of people were asked to evacuate from their homes, the all-clear has been given.

SkyEye captured visible gas shooting out of the ruptured line with at least two heavy-duty tractors nearby. Gas was shut off shortly after.

The sheriff's office had to restrict SkyEye and other media aircraft to a mile since the line was still releasing gas.