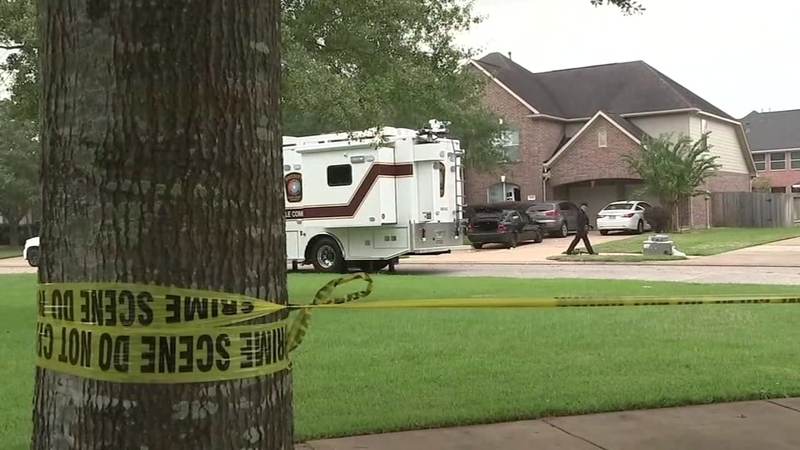 A suspect who shot a deputy is dead after a standoff with SWAT that lasted for hours, officials say

A man who barricaded himself inside a home after shooting a Fort Bend County Sheriff's deputy is dead, ending an hours-long standoff, authorities confirmed Tuesday morning.

Sheriff Troy Nehls says they did everything to get in touch with 41-year-old Serik Olivares, who had been holed up inside the house in the 3700 block of Lakeridge Canyon Drive since around 5 a.m.

When authorities entered the home, they found Olivares dead in an upstairs bedroom.

Around 8 a.m., a woman and her 2-year-old grandson escaped the home located in the Orchard Lake Estates neighborhood.

Nehls says Olivares is the boy's father. The grandmother and the child are both OK.

Five people were inside the home at one point where a SWAT standoff still continues in Fort Bend County.


Nehls says this all started when dispatch received 911 calls from a different woman, who is the boy's mother, about a disturbance at the home.

When deputies arrived and tried to make contact with Olivares, shots were fired. One of those bullets went through a deputy's calf.

This is @FBCSO Deputy J. Bulman. He was shot in the calf by a suspect who barricaded himself in a home in Fort Bend County Tuesday morning. After an hours-long standoff, deputies found the gunman dead inside. https://t.co/eNTw1ErEdQ pic.twitter.com/bCzjh9BS5Z

That deputy has been identified as Deputy J. Bulman. A round also appears to have grazed Bulman's chin, authorities tweeted.
EMBED More News Videos

Officers tell Eyewitness News Bulman was conscious when he was taken to Memorial Hermann Sugar Land Hospital. He's being assessed for surgery on his calf.

The Fort Bend County Sheriff's Office shared a photo on Friday with an update on Bulman, showing him in the hospital bed.

"Deputy Bulman is recovering well after being shot Tuesday morning. Zoom in on his chin to see just how close we came to losing him. Two rounds grazed him there and one struck his calf," tweeted FBCSO.

Deputy Bulman is recovering well after being shot Tuesday morning. Zoom in on his chin to see just how close we came to losing him. Two rounds grazed him there and one struck his calf. pic.twitter.com/YnL3k8Vi3F

ABC13 reporter Jeff Ehling arrived at the scene earlier in the morning and heard two loud bangs that authorities now confirm was the suspect firing at officers as they entered the home.
EMBED More News Videos

Deputies backed off when Olivares began shooting. The SWAT team arrived to try to negotiate with him.

Authorities tell Eyewitness News a total of five people, including Olivares, were at the home. The boy's mother was able to run out the back door.


Once she escaped, she called 911 again.


The grandmother's husband was in the house as well. He walked out at some point during the morning.

No homes were evacuated due to the standoff.

Deputy shot in leg by suspect in Fort Bend County